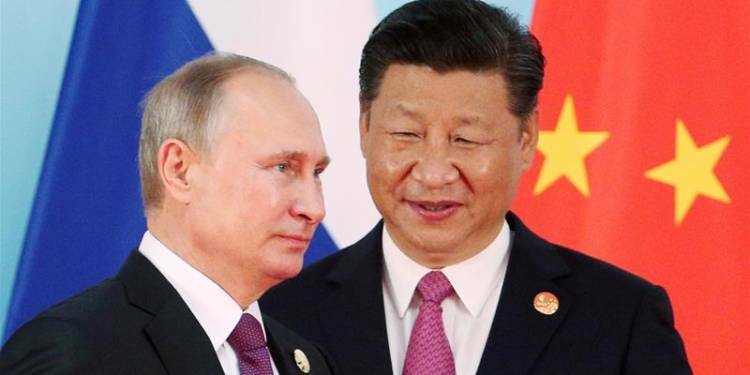 The Arctic is melting down. It could be ice-free for a part of the year as soon as 2044. But something else is melting even faster- the so-called Sino-Russian axis of convenience. In fact, the axis of convenience is slowly becoming a point of confrontation, and unsurprisingly, the first signals are coming from the Arctic region itself which Russia sees as its backyard and China eyes wantingly.

The Russian Defence Ministry announced on Thursday that the country successfully test-fired a Tsirkon hypersonic cruise missile in the Arctic. Why is Russia test-firing a next-gen hypersonic missile in the Arctic? Is it a message to the fellow Arctic nations? Well, no because Russia doesn’t share any conflict with other Arctic nations. The Russian hypersonic missile is actually a message to China. Sounds strange? Well, it’s the expansionist Middle Kingdom that we are talking about.

And a nervous China itself seems to have received the message. China’s State-owned media house Xinhua Net itself reported about Russia’s successful hypersonic missile test. According to Xinhua Net, the Russian Defence Ministry said that frigate Admiral Gorshkov in the White Sea fired a Tsirkon hypersonic cruise missile, hitting a naval target at a distance of 450 km in the Barents Sea.

The State-run media house also reported that in October the same frigate had test-fired a Tsirkon hypersonic missile for the first time.

Ideally, China should have got nothing to do with the Arctic region, and it should probably not even be bothered about Russia test-firing a hypersonic missile in the far North region of the world. But let’s face it; we are talking about a ruthlessly expansionist and mercantilist regime here. China calls itself a “Near-Arctic State”, though it is a different matter that China is as far away from the Arctic as Poland.

It is well known that China wants to take over the Arctic. In fact, China’s bid to stake claim over Vladivostok and other Russian Far East territories is actually a part of its sinister plan to become a full-fledged Arctic power. China admittedly wants to build a ‘Polar Silk Road’ in the Arctic.

On the other hand, the Kremlin envisages the Arctic as its “privileged sphere of influence.” Russian authorities strongly assert the primacy of eight Arctic countries in the region. Moscow is not very keen on non-Arctic powers, such as China, playing a dominant role in this part of the world.

China is practically the only threat that Moscow faces in the Arctic. And Russian President Vladimir Putin’s patience is seemingly wearing thin, given the rate at which polar ice caps in the Arctic are melting. Global warming is opening up the Arctic to trade, commerce and military activities. Russia’s Northern Sea Route (NSR) through the Arctic is expected to carry freight in excess of 32 million tons in the ongoing year.

By the time, Arctic opens up completely to trade and commerce, Putin wouldn’t want any trace of China in this part of the world. By successfully test-firing a hypersonic missile in the Arctic, Putin is asking Xi Jinping to back off from the Arctic. This could as well be the first big signal of the two authoritarian giants- China and Russia, drifting apart.