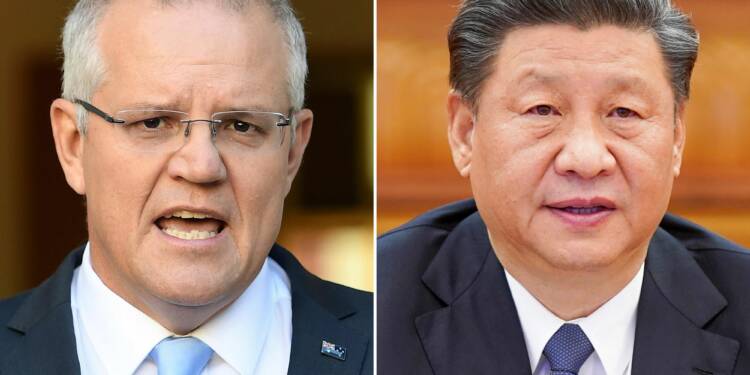 China is befuddled and rattled by the defiance of the Australian government and its people. Relations between the two states had already strained before hitting new lows when a Chinese Official Twitter account posted a fake image of an Australian soldier holding a knife to the throat of an Afghan child.

Since the Pandemic caused by the Chinese virus, relations have soured between the two states. Australia has since called out China and the WHO for their lack of action and responsibility. Australia pushed for an international investigation inquiry into the origins of the coronavirus pandemic. Since then, China has been trying to push Australia into a corner by banning its imports such as coal and hiking tariffs unreasonably. But the Australian government has been soaking up the pressure and has relentlessly pushed back against Chinese aggression.

In the latest show of putting China in its place, Australian Prime Minister Scott Morrison has called Chinese actions “truly repugnant” and has demanded that the fake image be taken down.

Amid deteriorating relations between the two states, Scott Morrison called a press briefing to condemn the posting of the image on an official Chinese Twitter to handle which depicted an Australian soldier holding a knife to the throat of an Afghan Child and said Canberra was seeking an apology from Beijing.

The Australian government has demanded that the tweet made by the Chinese Foreign Ministry spokesman Zhao Lijian be taken down. Morrison said: “It is utterly outrageous and cannot be justified on any basis,” “The Chinese government should be utterly ashamed of this post. It diminishes them in the world’s eyes.”

The tweet made by Zhao Lijian read “Shocked by the murder of Afghan civilians & prisoners by Australian soldiers. We strongly condemn such acts, & call for holding them accountable.”The action is similar to the actions of China’s external province, Pakistan. The Pakistani delegation in the United Nations presented a fake photo of a Kashmiri child. The Photo was from Palestine.

In a series of unjustified and unwarranted actions to malign Australia, China outlined a list of grievances about Australia’s foreign investment, national security, and human rights policy, and added that Canberra needed to correct its actions to restore the bilateral relationship with its largest trading partner.

Moreover, Beijing has been aggressively going after imports from Australia, banning lobsters, Australian coal, and now hiking tariffs on wine by an outrageous 212.1%.

Besides, Australia participated in the Malabar exercises alongside India, the United States, and Japan. The steady show of support from Australia to QUAD’s strategy of a ‘free and open indo-pacific” has irked China. The dip in the relations has been caused more by China’s refusal to adhere to a free and open international structure.

China’s worsening relations with Australia is a case of an unwarranted outburst caused by its inability to address the QUAD. The series of trade sanctions and actions to malign Australia are unjustified and linked to diplomatic grievances than threats to national security.

With BREXIT around the corner, the independence of Scotland cannot be ruled out