‘Will follow Trump’s China policy when I come to power,’ Biden gives his supporters a dose of reality 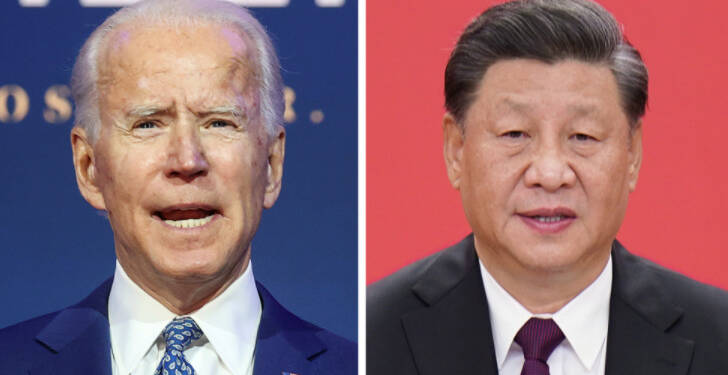 The US Presidential election results started coming in exactly a month back and with Donald Trump still knocking on the doors of the judiciary to engineer a second tenure, his competitor Joe Biden is lurking around to get keys to the White House. While Joe Biden during his election campaign, on the top of his voice, continuously denounced Trump’s policies, it looks like Biden has realized that it would be better if he continues to build on Trump’s legacy, rather than break it down and further push the country into an abyss of nothingness which ultimately plays, straight into the hands of USA’s biggest enemy, China.

In an interview with the New York Times, much to the chagrin of Biden’s pro-China vote bank, the Democrat leader said that he will keep Donald Trump’s trade-war tariffs on China for the time being when he moves into the Oval Office next month.

Donald Trump in an attempt to bridge the massive trade deficit with China had started the Trade Wars which pushed China in the corner. Trump’s success in taming China can be gauged from the fact that Beijing had to literally beg for the First Phase of the trade deal which gave it the much-required breathing space from the strenuous Trade Wars.

Earlier this year when China tried to walk out of the first phase of the Trade deal, stating Coronavirus and the slow economic growth as an excuse, it was Donald Trump and Secretary of State Mike Pompeo that gave an earful to China and forced it to honour the deal.

During my meeting with CCP Politburo Member Yang Jiechi, he recommitted to completing and honoring all of the obligations of Phase 1 of the trade deal between our two countries. pic.twitter.com/YJmBTUmuQ9

Read more: The US decides to choke Chinese companies by tightening its stock exchange rules

Beijing does not allow the American authorities to examine the audit-books of the listed Chinese companies. The conspicuous dragon claims that the audit-books are national secrets and cannot be shared with other parties.

After receiving the signature of American President Donald Trump, the law could lead to as many as 800 Chinese companies getting delisted from the Stock exchange. Chinese majors like Alibaba and Baidu are set to be the worst-hit by the passing of the bill.

The United States will now be able to block capital market access to Chinese companies, thereby averting the ‘Chinese Hustle’ where Chinese companies have been cheating the American investors all this while through securities fraud.

The volta face of Joe Biden on his policy regarding China is a testament to the fact that Donald Trump’s strategy was always suited for the common Americans. But in an effort to dethrone Trump, Biden and the democrats throughout Trump’s 4-year regime continued to add roadblocks. Only if the Democrats had been this supportive as they are now, Trump would have quashed the paper dragon under his thumb long ago.