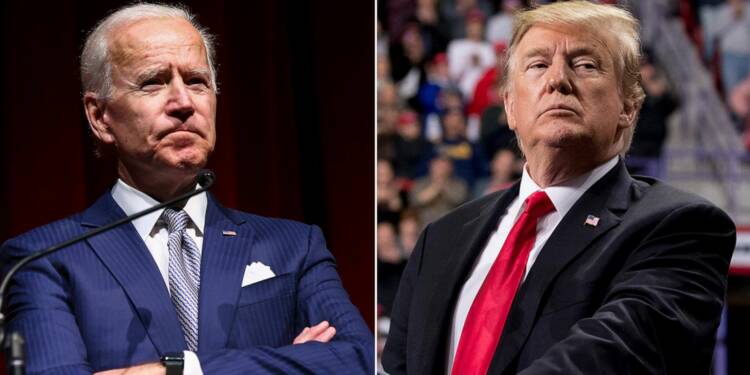 The Foreign Policy success of Donald Trump has eclipsed his predecessors which is an eyesore for Democrats. While the election has still disputed and there have been widespread instances of reported voter fraud, Joe Biden is pretending to be President-elect, based on the biased, one-sided leftist media’s declaration. And even as Donald Trump remains to be the President, Joe Biden is trying really hard, to portray to the USA’s Indo-Pacific allies by making his first calls with the leaders of Japan, South Korea and Australia on Thursday morning (EST) that he will act just like Trump if and when he can.

Biden is trying to show the allies that he can be a good friend, to prevent them from developing a sense of mistrust against him which is very likely, given the history of Biden’s pro-China biases, be it, his willingness to end the trade war or his non-confrontationist approach against Communist Party of China. Back home as well, Biden is facing these accusations, because he is living in Trump’s America now, and China has been a key aspect where the Democrats are not trusted and need to shine in to prove their mettle as opposed to a Donald Trump who has defined the rules of this game.

In futile attempts to defuse the mistrust, Joe Biden and Japanese Prime Minister Yoshihide Suga had a 15-minute long conversation, where both the leaders agreed to fight against Corona Virus and Climate Change while toeing the Trumpism foreign policy doctrine, Biden confirmed that Article 5 of Japan-U.S. Security Treaty will be applied to the defence of Okinawa prefecture and the Senkaku Islands. He had to reaffirm the commitment of democrats towards safeguarding the Islands as the Democrats have been easy on China for a very long time, and as Japan had earlier made it clear that it will not go back to pacifism and will continue with its proactive foreign policy. The USA will need Japan more than ever, and Biden is mimicking Trump to gain Tokyo’s confidence.

Read more: ‘You’ll need us,’ Japan sends a clear message to Joe Biden, will not stop its aggressive posturing

Other than Japan, Australia, South Korea and other world leaders are also vary of the shift in US foreign policy if the next administration is not Trump led. This is the case all over the world, as democracies and US allies in every region of the world seem to be giving subtle hints to Joe Biden to stick to Trumpian foreign policy if and when the time comes. In line with this, South Korean President Moon Jae-in said during a meeting with his top aides that he will ensure that there is no vacuum in the efforts to strengthen US-South Korean alliance and progress of the peace process between North and South Korea. He was very straight forward in alarming Joe Biden that Trump’s foreign policy should be continued if he aspires US-South Korean military alliance to strengthen and not deteriorate.

Read more: South Korea’s warnings are clear: Biden’s North Korea policy can easily turn into a disaster if Trump’s legacy is not followed.

In the case of Australian Prime Minister Scott Morrison, his country just cannot afford a US government which tries détente with Chinese, as Canberra is neck-deep in economic confrontation with China. Given these situations, no country wants Democrat traits in US foreign Policy.

Read more: The free world’s message to Biden is clear: Stick to Trump’s foreign policy or lose out.

It is because of these situations that Joe Biden is flexing his muscles to emulate Trumpian traits and give confidence to US allies of no change in the US foreign policy approach. It is not as if the concerns of the aforementioned countries are imaginary. Sleepy Joe, as the President calls him, has had a very deep relationship with Xi Jinping, which goes back to 2011. In 2011 he met the then Chinese Vice President Xi Jinping and the next heir for the post of President. During the meeting and the 6-day trip, the media covered all the romanticism. It was all this, that makes Democrats a dangerous bunch for USA’s Asian allies to rely upon at a critical juncture of world politics as we are in.

A whole lot of US allies are sending clear warnings to Joe Biden to stick to the Trumpian foreign policy doctrines and not let the accomplishments of Trump go to waste because of some bizarre adventurism and altruistic beliefs. It is because of this, Biden is trying to reassure all the allies that he will play by the rules of the game, which Donald Trump has set. He is trying to instil confidence in US allies by mimicking Trump and acting like a wannabe Trump, but everyone knows, he is the Sleepy Joe as the President calls him.