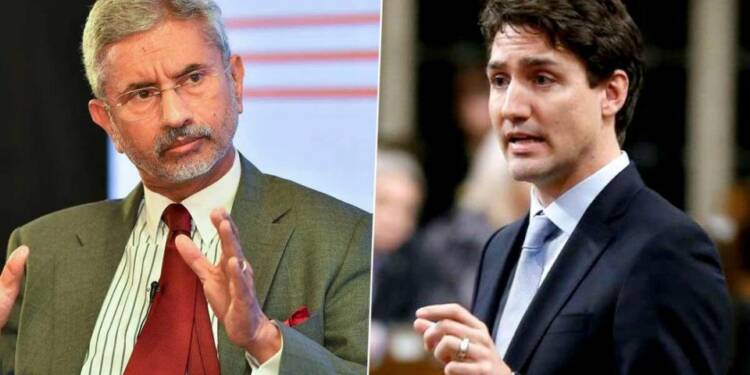 India’s assertive foreign diplomacy under External Affairs Minister (EAM) S Jaishankar is setting yet another precedent. According to news reports, S Jaishankar will skip Canada-led meetings to formulate strategies on the coronavirus pandemic amid the fresh row between the two nations over remarks made by Canadian PM Justin Trudeau on the ongoing farmers’ protest in India.

The government sources said the Ministry of External Affairs (MEA) told the Canadian government that Jaishankar won’t be available to attend the December 7 meeting organised by Canadian Foreign Minister Francois-Philippe Champagne because of “scheduling” issues.

India had attended a similar meeting which was held back in November. However due to Canadian PM Justin Trudeau’s recent statements where he seemingly targeted the Indian government for the Farm Bill protests by the farmers hasn’t gone down well with the Modi government.

On the pious occasion of Gurpurab, Trudeau had let out his liberal fangs when he tried to woo the Sikh community in Canada by playing the emotional card all whilst trying to besmirch the Indian government.

“I would be remiss if I didn’t start by recognising the news coming from India about the protest by farmers. The situation is concerning. We are all very worried about family and friends.” Trudeau had said whilst adding that Canada always stood for peaceful protests and would continue to “defend” the rights of peaceful protesters in India.

“The violence perpetrated by the Indian govt against farmers peacefully protesting is appalling. I stand in solidarity w/ the farmers from Punjab and across India – and, I call on the Indian govt to engage in peaceful dialogue rather than violence” said an ill-informed Trudeau.

As a result, on Friday, Canadian envoy to New Delhi Nadir Patel was summoned by the MEA and a strong demarche was issued where India said that such remarks made by PM Justin Trudeau could have a “damaging” impact on relations between the two countries.

“The Canadian High Commissioner was summoned to the Ministry of External Affairs today and informed that comments by the Canadian Prime Minister, some Cabinet Ministers and Members of Parliament on issues relating to Indian farmers constitute an unacceptable interference in our internal affairs,” a statement issued by the MEA said.

Read: Justin Trudeau is playing with fire by offering support to protesting farmers

Jaishankar has had an illustrious history where he has given cold shoulder to foreign leaders who have been known for having an anti-India view. The snubbing of Democratic Congresswoman Pramila Jayapal, a vocal critic of India’s policy on Kashmir, earlier this year was a watershed moment for the foreign diplomacy of India. New Delhi had sent a message to Washington that none of its leaders had the right to interfere in India’s internal matters

“Don’t think it [report] is a fair understanding of the situation in Jammu and Kashmir or fair characterisation of what the Government of India is doing. I have no interest in meeting her,” the EAM had said back then.

EAM S Jaishankar on reports that India cancelled meeting with US Congresswoman Pramila Jayapal over her report on Kashmir: Don't think it(report) is fair understanding of situation in J&K or fair characterization of what Govt of India is doing. I have no interest in meeting her. pic.twitter.com/EkWFZcR1nr

Trudeau has had a knack of supporting Khalistani elements. In his first tenure, Trudeau had 4 Sikh ministers and one of them was Infrastructure Minister Amarjeet Sohi who was arrested in Bihar in 1988 on charges of being a pro-Khalistani supporter.

In 2017, Justin Trudeau even took part in the Khalsa Day Parade where Jarnail Singh Bhindranwale, who was killed in Operation Blue Star was portrayed as a hero. Earlier this year, it looked like Trudeau had finally learned his lesson when his government had explicitly stated that it will not entertain or accept the results of the Referendum 2020 conducted by Sikhs for Justice—a joke of a terror organization funded by Pakistan.

However, Trudeau’s recent statements prove that it was a momentary breakthrough and that he has now relapsed to his old, manic self which supports the Khalistani elements wholeheartedly. The farmers are merely a tool for him and his Liberal Party and its Khalistani allies to manifest the dreams of a separate country that seeks to divide India and incite bloodshed.

Trudeau’s visit to India, two years ago, was a huge failure where neither the Indian PM nor his cabinet pay any heed to him. However, Trudeau and his family managed to make a spectacle of themselves by dressing up in an ‘over the top’ manner wherever they went during the visit. Since then, Canada has been given a constant cold shoulder by India. And in a continuation of that endeavour, Jaishankar has once again snubbed Canada.