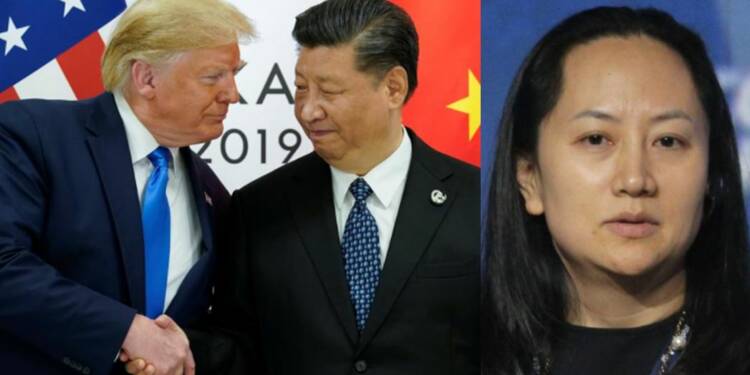 The years of house arrest of Huawei CFO Meng Wanzhou in Canada and the USA’s efforts to fast expedite her extradition to the States are still continuing. However, as per recent news reports, Washington is in discussion with Beijing to find a common understanding on sending the Chinese executive back to China. The news may come as a surprise to many, but there is a catch in the conditions that the USA is putting forward.

The CFO of Huawei and the daughter of the Chinese technology giant Ren Zhengfei – the Huawei CEO was arrested for a criminal case related to allegations that Meng Wanzhou breached US sanctions on Iran on Huawei’s behalf and has strained relations among China, Canada and the US. As reported by the Wall Street Journal, Meng Wanzhou’s lawyers, have spoken to Justice Department officials recently weeks about the possibility of reaching a “deferred prosecution agreement”, this is a huge development as the person in question is facing wire and bank fraud charges.

The USA for quite some time has been increasing pressure on Canada to extradite her. However, letting the US get its hands on a senior official like Meng Wanzhou would mean that the information regarding the intelligence network and the espionage activities China has been practising globally would be exposed to the world, much to the distress of the paper dragon’s dream of world domination. China had started to lose hope, it had to provide consular access to the two Canadians it had picked up in hopes to bargain for Meng’s homecoming. The recent elections and the high possibility of Biden coming to office have created an environment that re-ignites hopes for China to get Meng Wanzhou of the technocratic giant back home.

Read more: China had started to lose hope in bringing back the Huawei CFO, but Biden’s entry has reinvigorated its hopes.

But, the information that is seeping out of the negation loggerheads that the two sides are engaged in brings a really interesting point out. The deliberations are going on and a possibility of a deferred prosecution agreement has arisen, under such an agreement, the Huawei CFO would be required to admit to some of the allegations which have been leveled against her and prosecutors would agree to potentially defer and if the US keeps their side of the bargain, the charges would later be dropped, the people said.

These conditions may have been acceptable if the case was against a non-entity, but the person in question is the second in command of the company which is the flag bearer of Xi Jinping’s China Dream, Huawei. The deal if accepted will mean that Meng can go back to China with a whole lot of shame and embarrassment. The acceptance of all the charges she is facing will mean that the Chinese negotiations could not bear any fruit. And thus, the Chinese will think that having been shame slammed at their faces is not a good deal. Thus, with China’s hopes placed in the wrong place, democrats will not be angles to Beijing and if it accepts the deal, it will become a pariah in its own country.