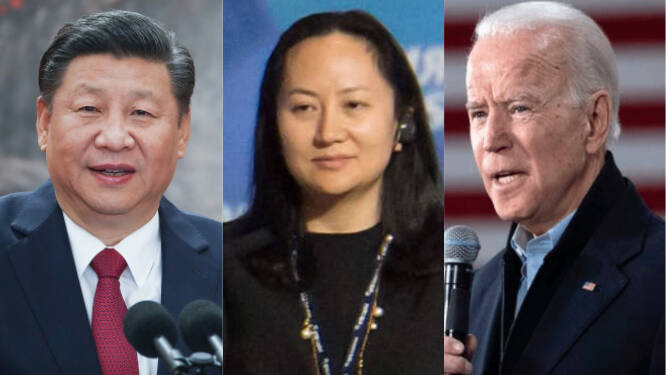 With Joe Biden all set to become the next President of the United States, no one in the world is happier than the Government of China and its commercial arm Huawei. Under the leadership of Meng Wanzhou as the CFO, Huawei had violated American sanctions on Iran. In return, Trump wanted the daughter of Ren Zhengfie – the Huawei CEO extradited to the US no matter the cost.

China had flouted the international sanctions and the US took great offence from the same. Since then, the fall-out has just gotten worse. The CCP has taken it on its ego and it now becomes a prestige issue for them. China is doing its best to bring her back since 2017 and the efforts have borne no fruit.

When Meng Wanzhou was picked up, China retaliated by kidnapping two Canadian nationals in Chinese territory, the CCP government labelled them as spies and immorally denied them consular access. Canada called it“hostage diplomacy”. China intended to trade the two kidnapped Canadians for Meng Wanzhou, facilitating her return to China. But when Trump wanted her extradited to the US, the situation got even worse for Huawei and its parent company – the CCP.

China had been sceptical because Huawei is the flag bearer of Chinese digital imperialism and its theft diplomacy. Letting the US get its hands on a senior official like Meng would mean the spilling of valuable information about the espionage activities China has been conducting globally. Off late, China had started to lose hope and under serious pressure from the global community and duress, it had to provide consular access to the two Michaels it had picked up. Just recently the meeting took place and the two kidnapped were able to contact the Canadian embassy officials.

Overall, though they have been given consular access now, Biden’s induction on the high chair has brought back China’s losing hopes.

Now China is doing exactly what its iron brother/ junior partner/ colony has always done i.e. to fool America and the West by employing good behaviour with the kidnapped Canadian nationals and co-operating with Canada. China expects Biden to be lenient with it, and unlike Trump, decide to let this issue go. The US under Trump’s administration had realized the Chinese game and was in no mood to allow this issue to be brushed off under the carpet.

China wants to avoid the extradition of Meng Wanzhou to the US at all costs since getting her back home from Canada is relatively easier for China than from the US. It hopes that under the pro-communist regime of Joe Biden, she will be sent back and that the US shall drop the demand to extradite her. With Canada always acting under the behest of the US, it will also let her go and things will get better for the ‘paper dragon’. China hopes to secure a free out-of-jail card for Meng which seemed next to impossible under the strict Trump administration.

Therefore, with Biden in power, China foresees a future with lesser worries for it and the return of a world order where it can go on with its crime syndicates-like activities and human tools like Meng Wanzhou well-placed to maintain their smooth flow.