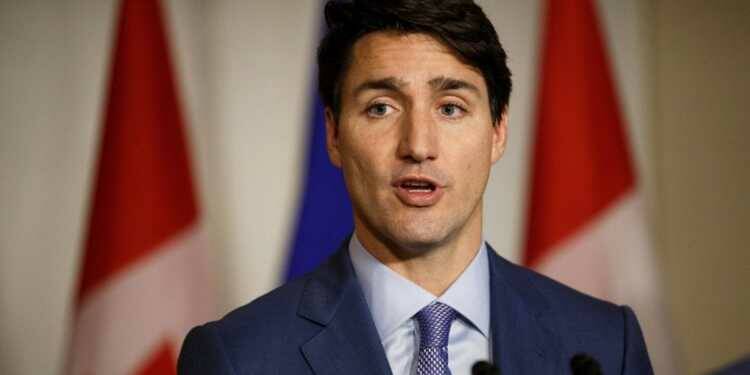 The West has always been blessed with leaders who think they are over smart. Justin Trudeau of Canada being one of them thinks so highly of himself that he gets played and in all this, Canada gets hurt. Similarly this time too, Chinese scientists who were collaborating with the Canadians indulged in research and technology transferred back to China. And adding salt to the wound, the COVID-19 vaccine programme that these countries were collaborating on, also failed.

The Canadians, instead of partnering with their neighbours and other European countries, went ahead and struck a deal with the devil itself. And while Justin Trudeau might have thought that, collaborating with the country where its genesis is, might have been a good idea. But, his over smartness was the very reason why Canada stands robbed of its precious Intellectual Property and as well as the medical practices which were used by the Canadian researchers.

The Federal Government of Canada revealed earlier this year that, the National Research Council (NRC) had agreed to partner with the Chinese company; however, the deal fell apart in August when China refused to share vaccine samples with Canada. This was a sudden and unprecedented action by the Chinese and now the Five Eyes intelligence network, including Canada, the USA and Australia are investigating CanSino Biologics’ founders on the suspicion that they’re a part of China’s “Thousand Talents Plan” recruitment effort.

CanSino Biologics is working alongside the Chinese military’s medical-science division and it surprisingly has deep roots in this country. It has previously worked with the NRC on the Ebola vaccine and this was not the first time it had intense involvement in the medical fraternity of Canada.

Read more: Trudeau and Ardern: The two insiders who are openly compromising the Five Eyes group at the behest of China.

As per multiple reports, former officials of the Canadian Security Intelligence Service, CSIS said that it’s likely that the scientists of CanSino Biologics were Chinese assets despite being educated in Canada. The NRC too said that those trials that were to be held at the Canadian Centre for Vaccinology at Dalhousie University in Halifax, Nova Scotia, were being undertaken on the soldiers of People’s Liberation Army.

The NRC said that the agreement had been reviewed by CanSino’s collaborators in the Chinese Government and now, the Chinese authorities have taken all the technology, the manufactured vaccines and in a sense have cheated the Canadians. As per the experts and intelligence report, many scientists and researchers have been lured into becoming Chinese assets by means of ‘1000 Talent Plan’.

The 1000 Talent Plan professorship is the highest academic honour awarded by the Chinese State Council to Canada. The programme includes two mechanisms: resources for permanent recruitment into Chinese academia, and resources for short-term appointments, and it is the second that is typically used to target international experts who have full-time employment at a leading international university or research laboratory.

These things make one thing clear that China is not to be trusted and that too blindly. Canada has suffered a huge scientific and intellectual property breach, and Justin Trudeau is to be blamed for it, given he thought he could outsmart China while being compromised from within.