As member countries fight over Pfizer vaccine, EU stands at the brink of losing its East to a very willing Russia 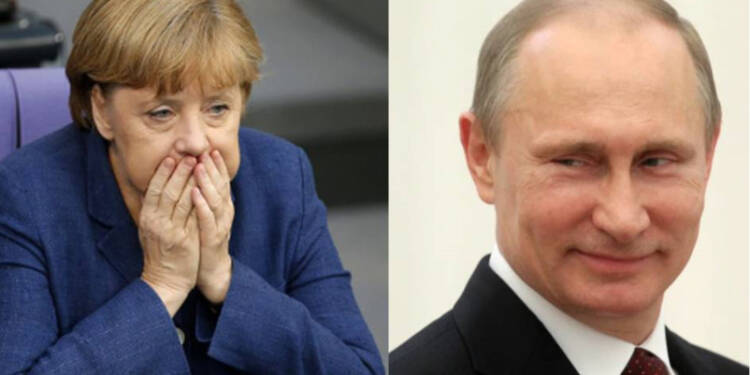 The wedge between Eastern and Western Europe has existed for a while, and with the pandemic wrecking havoc, the divide is only increasing. The Russians find it to be a ripe opportunity to capitalise and solidify its hold of Eastern Europe at the expense of the European Union. The opportunity lays itself in front of the Russians as bitter infighting has broken out among the EU member countries regarding the allocation of Pfizer’s coronavirus vaccine. The blame is being laid on the two big countries – Germany and France for using muscle-flexing to get the supplies of vaccines.

This has brought to the fore, the ever-existent wedge between the East and West and as a result, Russia has found the most opportune moment to re-establish its sway over Eastern Europe by showing its magnanimity by sharing its own COVID-19 vaccine with these countries. The tussle among the EU members and their determination to agree to a block-wide vaccination programme has led to the UK approving the Pfizer vaccine for usage way before them. At a time like this, Russia will be more than happy to replace the EU as the caretaker of Eastern European countries.

While it has come to this, reports say the larger countries, such as France and Germany, are locked in negotiations with other member states about which EU citizens should be given priority, and whether the economic differences between the countries will make it difficult for them to roll it out simultaneously all across. These differences are acting as a catalyser to increase the wedge between developed and well to do Western Europe and less developed and economically more vulnerable Eastern Europe.

While this is happening, Moscow must be really pleased. It has already been trying to make subtle attempts to enter Eastern Europe and reclaim its grounds of the past USSR. Over the past few months or so, Moscow has been able to emerge victorious when it comes to fighting for influence in countries like Belarus, projecting soft power in the Balkan nation of Serbia, and winning favour with the Eastern Mediterranean nation of Cyprus. Even amongst Baltic countries, Russia remains influential in terms of gas exports even though these countries claim that they want to reduce dependence on Moscow. Thus, Vladimir Putin would want to consolidate these pockets of influence and convert the current crisis in the EU as an opportunity to snatch Eastern Europe away from it.

The Russians are already increasing the production of their own COVID-19 vaccine, and with the opportunity presenting itself so easily, they may go ahead and sponsor the vaccination of the region east of Brussels, so as to snatch them away from the EU.

Russia has always strived for creating a buffer between itself and the Western powers. The previously Warsaw Pact countries and other Eastern European countries will be a good addition for Russia to create an impregnable wall against NATO. The current crisis in the EU is a welcome development in Moscow and what needs to be seen is how it is able to capitalise on it.

China wanted to make Australia an example of how China can punish its enemies. It ended up doing the exact opposite