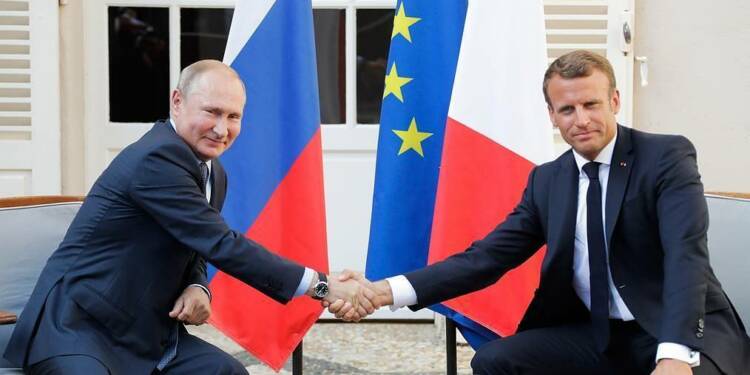 For decades, Western Europe- the power centre of the present-day European Union and Russia have competed for influence in Eastern Europe. And now it seems that the Russian President Vladimir Putin is making a quiet entry into Eastern Europe. What also makes Putin particularly influential in Eastern Europe is France’s tacit acceptance of Russia’s resurgence in this part of the world.

Over the past few months or so, we have seen how Moscow has been able to emerge victorious when it comes to fighting for influence in countries like Belarus, projecting soft power in the Balkan nation of Serbia, and winning favour with the Eastern Mediterranean nation of Cyprus. Even amongst Baltic countries, Russia remains influential in terms of gas exports even though these countries claim that they want to reduce dependence on Moscow.

To put things in perspective, we must understand that the EU does not function as a whole collective. It is divided into two halves- Western Europe and Eastern Europe. In 2004, the EU did manage to rope-in eight former Communist countries in Eastern Europe. But the fact remains that Western Europeans consider the countries that acceded to the EU in 2004 or even between 2007-2013 as “new” and not fully European.

Many Eastern European nations themselves do not feel comfortable within the EU, as they don’t have much say in policymaking. Countries like Hungary have even shown signs of rebellion against the Brussels-based body exposing the deep divisions within the intergovernmental organisation.

Therefore, the doors for Russian influence within Eastern Europe are always open. Putin himself has been increasing engagement with countries in Eastern Europe that are either not a part of the EU or feel uncomfortable within the EU.

Read More: What Stalin did to Mao is what Putin will do to Jinping – a lot of humiliation and none of the festivities

In Belarus, for instance, Russia recently helped dictator-President Alexander Lukashenko quell post-poll protests at a time when the EU led by German Chancellor Angela Merkel was looking to punish the Belarus dictator. When the EU tried to sanction Belarus, Cyprus used its veto power which again exposed growing Russian influence across different parts of the European Union. Cyprus coordinates with Moscow to pressurise a belligerent Ankara, which has probably allowed Putin to enjoy greater diplomatic goodwill with the Eastern Mediterranean nation.

In the Balkans, Putin is seen as a rockstar in Serbia, whereas the EU struggles for influence. In Montenegro, the pro-Russian Democratic Party of Socialists’ stormed to power only recently, paving way for increasing Russian influence in the Balkan nation.

As for Baltic nations, Estonia, Latvia and Lithuania do remain critical of Moscow. But it is also true that they import almost half of their gas from Russia. These countries are perilously dependent on Russia for their energy needs.

Russia is therefore making a quiet ingress in Eastern Europe. What is allowing Putin to have his way in Eastern Europe is the tacit support that he is getting from the French President Emmanuel Macron.

The European Union suffers from a serious dichotomy. While Germany considers Russia the biggest threat to Europe, Macron extends a helping hand to Putin. He meets the Russian President every now and then, and tries to explore common ground in areas of shared interests.

Macron’s outreach to Putin has gone beyond just rapprochement and has taken the shape of cooperation against the Turkish threat to Europe over issues like the Libyan conflict and the recent hostilities in Nagorno-Karabakh.

Macron’s priority is to kick out Turkey and towards that end; he is more than ready to engage Russia. This is paving the way for increasing Russian influence in Eastern Europe and the EU’s weakening position in the historically significant region.