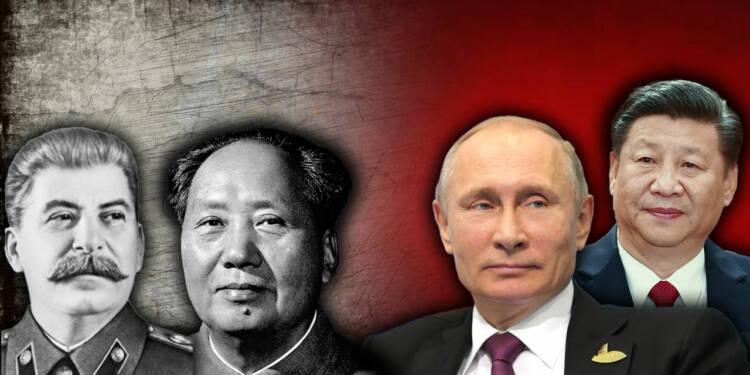 If a superpower is made by building up meaningful alliances and keeping them, then China is, surely going the wrong way. Xi Jinping called Putin his best friend, but now the diplomatic relations between the two countries are at an all-time low.

Russia had already amped-up the troops in its far east on the Chinese border, and now it seems that what would be another kick to the teeth, Russia plans to avoid Huawei altogether in the development of the 5G network.

The pandemic has backed Russia to a corner, and a shift in its policy to come out of China’s dependency looks to be the next major step President Putin will take to reclaim Russia’s position in the International structure, as a first-tier nation.

Despite their territorial proximity, Russia and China had never shared an alliance of mutual respect and understanding. It all started with that distasteful visit of Mao to Moscow. Mao, a leader of the newly formed Republic of China, expected a welcome of grandeur, red carpets, and long hugs. Instead, he was greeted by two politburo members who declined Mao’s request to dine with him and didn’t even accompany him to his place of stay.

There was no celebration or a festive party for him, instead, he was shacked inside one of the cottages outside of Kremlin, and the main reception for him was held in the Metropole Hotel, the usual place for entertaining visiting minor capitalist and dignitaries. Mao had tasted the first of many cold shoulders during his time in Moscow. He was isolated and made to wait for many days before meeting Stalin. The meeting failed to garner anything but a success, and, in return, China had to do away with vast territorial concessions in return for a paltry sum of $300 million over six years.

Humiliation upon humiliation piled up. The Soviets insistence to making China pay to the last rouble in the Korean War turned Mao against his Soviet masters. It seemed that Stalin’s death could be the answer to Mao’s rise, but, even after his death, the “Matsadoon” (Mao Tse tung) or the china man, as he was called by his soviet brothers, was once again humiliated when Nikita Krushchev was appointed as the leader of the Comintern.

Mao, before his trip to Moscow, had stated that he was looking for an ally on equal terms but he never even got a pat on the back.

Russia is no Soviet Union. Its economy is a fraction the size of its predecessor. It now acts from a point of weakness to pursue revisionism; for Putin, this seems personal.

On the day of the Soviet collapse, Putin, a KGB agent stationed in Dresden, witnessed it all and there was a new dream, to put Russia back in its place as a first-tier country. In November 2000, Putin sowed the seed of the modern China-Russia axis. After a decade-long entente with western democracy, Putin had finally turned towards Asia.

Everything had been going well until it changed when China suddenly started pulling its strings, especially in places which Russia considers its sphere of influence. To add to it, China leveraged the pandemic to buy oil from Russia at vastly cheap prices.

There are three pillars on which the Sino-Russian partnership exists, (i) peaceful boundary, (ii) Expanding trade, (iii) shared distrust of American intentions. As far as Russia is concerned, two of the three pillars have significantly eroded, and, if reports in New Delhi are to be believed then Russia might just do a U-turn as it did 20 years ago and join the US-led Indo-pacific grouping.

Russia has been backed into a corner, but it still holds all of China’s eggs. It is pivotal to Chinese success in Central Asia, where the BRI hangs in balance for the Chinese economy, Russia even holds the future of the Huawei group in balance and with China’s latest decision to significantly reduce its oil imports from the Middle East and depend on Russia for its imports, it seems Putin has China right where it wanted. Isolated, dependent, and back in its place from the time of the Soviet hierarchy.

Putin can leave China red-faced, and Xi Jinping’s China dream can be tossed out the window when Russia decides to. A word to the wise, it’s now a question of when and not if.

Putin’s entanglement with Asia has brought Russia back to where it was 20 years ago, but without the economic instability and poverty, i.e., surrounded by foreign powers in its backyard and this time it is China.

So, it’s hard to believe that Putin will stand aside and let China take control of Russia’s sphere of influence because he wants to regain the lost glory of his motherland and once again show the Chinese that they are no more than a part of huge Russian constellation of allies.

It is hard to believe that an alliance that has never really been there will continue as Russia continues to suffer and now with all of China’s eggs in one basket, Putin can make a policy change just as he did 20 years ago and drop the hammer on Xi Jinping’s China dream altogether.

As Russia starts preparing a nice burial for Huawei, it is safe to assume the Chinese telecom giant is dying