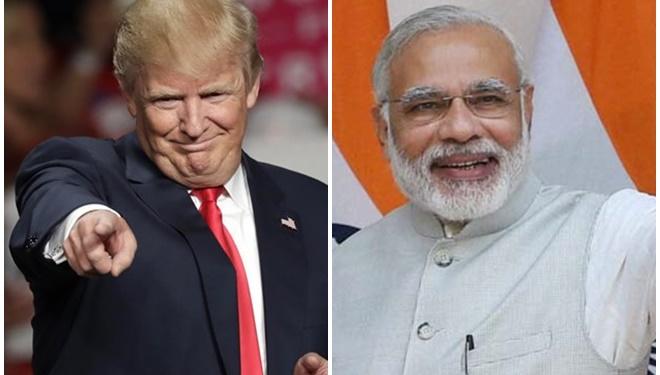 US President Donald Trump, on Monday, signed a law into legislation aimed at enhancing relationship in the Indo-Pacific region and strengthening multifaced ties with India. The law further states that Chinese actions in the region are trying to “undermine” the rule-based international system.

The Indo-Pacific is a geographic region, comprising the Indian Ocean and the western and central Pacific Ocean, including the South China Sea. The Act endorses a quadrilateral dialogue between the United States, Australia, India, and Japan. It further sheds a light on the US-China relation and its way moving forward. The law seems to be a strong step taken by the US government against terrorist groups; as it states, “The core tenets of the US-backed international system are being challenged, including by China’s illegal construction and militarization of artificial features in the South China Sea and coercive economic practices; North Korea’s acceleration of its nuclear and ballistic missile capabilities; and the increased presence throughout Southeast Asia of the Islamic State and other international terrorist organizations that threaten the United States.”

The Act can also be seen as US’s vision to meet its ‘Pivot to Asia Strategy’. This is also due to the rising clout of the dragon in the eastern region and the US feels that it needs to rebalance the game. Another strategic reason is that the Indian Ocean, Bay of Bengal, the Strait of Malacca, Sunda and Lombok as regions account for nearly 55% of the world’s container trade and 70% of energy transported by ships. This Act, in particular, is to connect South Asia, South-east Asia, and the Pacific region.

East Asia has become a region in which the western powers are looking up to as regions that are more stable and economically stronger. The US intends to turn the Indian Ocean and the Pacific Ocean into one maritime entity; the law can be seen as a major step towards the push. India needs to make sure that it utilizes this to the fullest as it would be an effective measure to challenge Chinese influence in the region.

In another instance, a major diplomatic win came for India when the United States earlier exempted India from certain sanctions for the development of the Chabahar port in Iran. The port, strategically located in a crucial project for India and this exemption, therefore, comes as a major relief for the nation. Iran has been a major oil supplier to India; in fact, India is Iran’s second-biggest oil purchaser next only to China. India has continued trade links with Iran despite the fact that Iran has been isolated by the West over its disputed nuclear program.

The Act reaffirms its commitment to the New Framework for the 2005 US-India Defense Relationship, Defense Technology and Trade Initiative introduced in 2012; the 2015 Joint Strategic Vision for the Indo-Pacific and Indian Ocean Region, and 2017 Joint Statement on ‘Prosperity Through Partnership’. It is no secret that India is the only country in the region which can challenge the might of China. The act will be helpful in balancing the power equation in the Indo-Pacific region.

FATF deals another blow to Pakistan