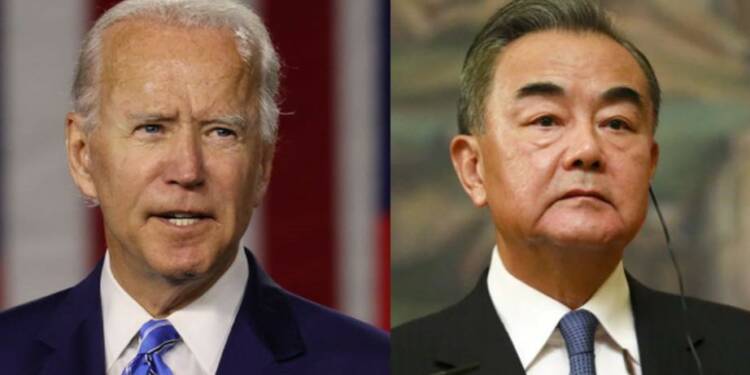 With Joe Biden all set to assume the Presidential position of the US from January 2021, the top Chinese leadership is hoping to receive a delicious platter of ‘improved’ American policies that favours them. China was the happiest country in the world after results of the recently conducted presidential elections were declared, even more so than Biden’s own supporters.

The narrow win for communist Biden is nothing but a hint of a breath of fresh air for the ailing Chinese economy and its guttered image. China’s Foreign Minister Wang Yi in a seminar conducted by the US-China Business Council sounded hopeful from the upcoming Biden administration that it would loosen the grip on its neck.

The Coronavirus pandemic which originated in Wuhan, China, caused havoc across the world claiming around 15 lacs lives worldwide, out of which about 3 lac people died alone in the US. The scale of the spread of pandemic was unprecedented in history with over 218 countries of the world having cases of the same.

China deliberately played down the official figures of infection at the beginning of the pandemic, this was revealed through leaked documents that CNN got access to. The documents list the malpractices deployed by the Chinese Communist Party government, like not recording the cases at all. The documents originated from Hubei Provisional Center for Disease Control and Prevention.

China’s deliberate mishandling of the pandemic right from its inception and its impacts on humanity as a whole has made the public view on China mostly negative across the globe. In countries like Australia, Canada, Germany, the Netherlands, Sweden, the United States, South Korea, and Spain, the negative view about China reached their highest since the Pew Research Center started doing such surveys a decade ago. This has also resulted in racial discrimination against people of East Asian features around the world.

The Trump administration during its tenure had realized how much of a global threat China had become. Even during his last days as the President of the US, Trump is going brave and strict against Chinese activities hampering world peace. From permanently shutting down the propagandist cultural centres to restricting Party officials and the most recent sanctions against at least a dozen Chinese officials over their illegal hand in disqualifying Hong Kong legislators when China passed another draconian resolution in Hong Kong allowing the dismissal of Hong Kong lawmakers who weren’t deemed sufficiently loyal.

The Trump administration had also previously declined to sanction any members of the Politburo’s supreme Standing Committee of the CCP. US Secretary of State Mike Pompeo -one of the most powerful people on the planet, openly despised the Chinese activities in Hongkong, territories of India, and the occupied regions of Xinjiang and Tibet. These moves are continuing to strangle Xi Jinping and his ruling Communist Party.

What Yi forgets are the decisions that the Trump administration took were for the benefit of the United States. The decisions against China are important for the US to maintain its international standing. Even the harshest critics of Trump in Washington openly lauded the decisions he took to leash Chinese activities. Therefore, whatever the CCP may expect from Joe Biden, the Trump-era sanctions against Chinese Communist Party officials would remain at their place and continue to mould Sino-US relations for years to come.

With Supreme Leader Khamenei down with ‘illness’, Iran is all set to turn into a full-fledged military regime