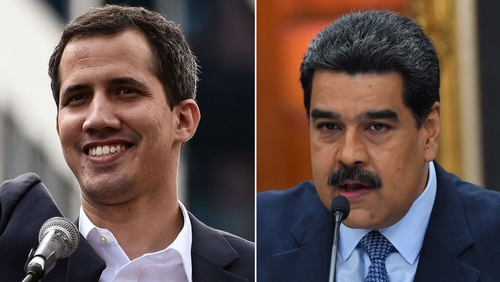 The Opposition in Venezuela has once again proven its incompetence and ineptness. It has successfully failed to hold the last remaining bastion form where the revival of Venezuelan democracy could have been made. The pseudo-dictator President Nicolás Maduro won control of Venezuela’s National Assembly on Sunday in an election that the opposition boycotted. Thus, handed the National Assembly and Venezuela to Maduro on a silver platter.

The dictatorship which is maintaining a facade of government won the elections where the declared turnout was 31 per cent which is less than half the 70 per cent who voted in the legislative elections of 2015. The Opposition boycotted the elections stating that they do not believe the government of the day to conduct free and fair elections. Turnout came out to be more than 20 per cent that they expected, however, it can be contested too, given the legitimacy deficit of the socialist government. This boycott has been more disastrous for the opposition, as it has served their last bastion to the Maduro and furthered his cause for consolidating power in Venezuela.

The boycott is being led by opposition leader Juan Guaidó who has been in a two-year power struggle with Mr Maduro. And it would not be an overstatement to say that Guaidó has led his country and the people who believed in him towards their demise. And in a way has helped the socialist communists who are ruling, consolidate their Cuba-esc dictatorship.

The opposition failed to realise, the incompetence of the person on whom they lent their faiths. As reported previously by TFI, nearly 60 countries had recognized opposition leader Juan Guaido as Venezuela’s rightful head of state and it looked like Venezuela would finally have a reversal of fortunes. But notwithstanding the monstrous support, the opposition is receiving, it has been proven that Guiado is just a simpleton who lacks the spine to take on a dictator who is willing to go to any extent even join hands straight with the devil, China.

In addition to this, the assembly gave reason and confidence to the people who had no other reason to think that the dictatorship will go away. However, the decision of the opposition to boycott the elections led to losing the last symbolic legitimacy and bastion. And in return, it gave the Maduro the missing legitimacy and now he has the symbolic legitimacy, however flawed it may be, but now he can claim to be the person channelising the democratic will of people of Venezuela.