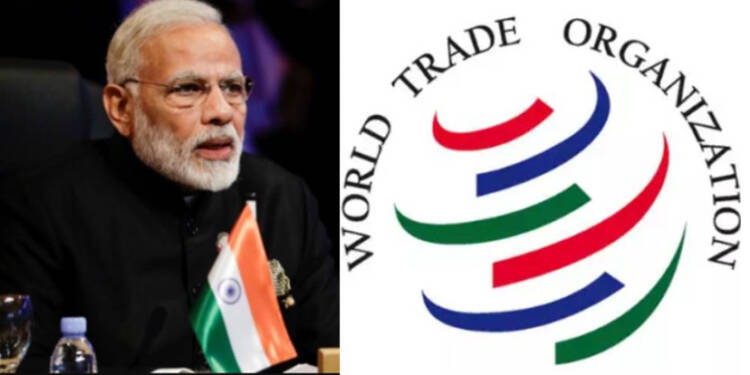 India is leading the fight for democratization of global vaccine supply chains at the World Trade Organisation (WTO) and the developed nations are opposing it.

The novel Coronavirus pandemic outbreak in China’s Wuhan engulfed the whole world within a few months. The fatality numbers rose very quickly and are reaching new heights day by day. Right from the moment when the Chinese origin virus started to take the shape of a global threat, there were world-wide efforts to develop a cure for the disease. Most of the research for finding the right vaccine has been going on in developed countries.

India, keeping its value of ‘vasudhaiva kutumbakam’- ‘whole world a family’, on the front stage had proposed at the World Trade Organisation that the intellectual property and patent rights on COVID vaccines, medical devices, and protective equipment should be waived temporarily so that the countries with lesser resources at disposal are also able to provide timely and effective treatment to their citizens. India’s initiative was strongly supported by South Africa and a hundred other countries like Kenya, Eswatini, Mozambique, Bolivia, and even Pakistan.

But the countries of the developed world like the US, Australia, Canada, Japan, Switzerland, the UK, and the European Union opposed it at the meeting held at WTO under the Agreement on Trade-Related Aspects of Intellectual Property Rights (TRIPS) agreement. The Indian proposal which was backed by South Africa stressed the need of identifying the pandemic as “global” as it had impacted every country in the world on an unprecedented scale.

India, at the meeting also highlighted the fact that poorer countries would find it difficult to scale up the supply under the present arrangement. Since we live in a global world and trade is something that links all the countries in some way or the other, the proposed agreement would be beneficial for smaller and poorer countries so they can acquire the needed technology and prerequisites for fighting the pandemic effectively.

India has emerged as the leader of developing nations of the world in the undergoing situation. With western and developing nations showing a conservative outlook, India is pushing for a liberal arrangement where different nations come together in solidarity, which is the need of the hour. Western countries are behaving against the spirit of globalization and multilateralism, the spirits which were born in their laps. This is another example of the colonial mindset of the western nations. They very quickly tend to forget the centuries-old exploitation committed by them against the developing nations. Western materialism knows no bounds and disregards humanity. The recent behaviour shown by them nullifies the principles of equality, fraternity, democracy, and freedom that they feel proud of.

An important example of the opportunistic behaviour of western nations is Canada under its joke of a Prime Minister Justin Trudeau. He is opposing India’s calls for openness in coronavirus vaccine research sharing, but the same Trudeau to gain the support of Khalistani terrorists is opposing the Indian government’s decision of opening up its agricultural sector for globalization. That is some dreamily petty and awfully cheap case of hypocrisy.

The WTO should facilitate the rapid scaling-up of knowledge sharing in coronavirus vaccine research. It is the only way that shall pave way for a boosted global production in developing countries of the vaccine resulting in an effective fight against the Chinese origin coronavirus.