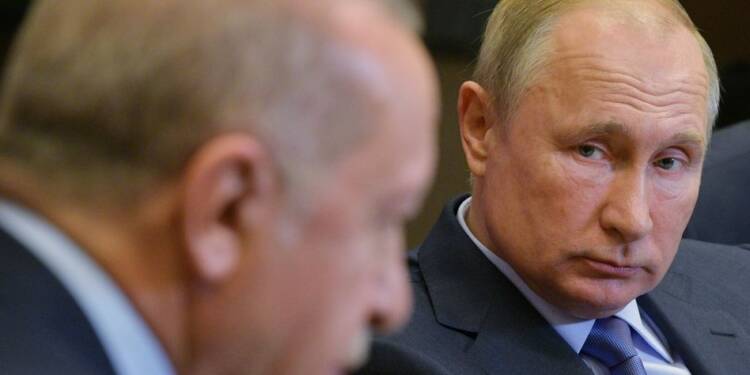 Turkey and its tactics of volta face have come to the fore profoundly in the year 2020. After ratcheting up one conflict after another with the latest being covertly supporting Azerbaijan in the Nagorno-Karabakh battle—the Islamic country led by its madmen leader Recep Tayyip Erdogan has been forced to gobble up its ill-intentioned statements regarding the Russian Sputnik-V vaccine within hours of trying to disparage it.

The Health Minister of Turkey, Fahrettin Koca, in an interview to the Haberturk news website, had nonchalantly called that Ankara would not buy the vaccine from Russia. The statement was built around a lot of conjecture and solely meant to degrade the Sputnik-V vaccine, which is the first registered COVID-19 vaccine of the planet. Saying the Russian vaccine did not meet “good laboratory practise” conditions, Koca went on to add, “Russia was not able to fulfil this. Therefore, it was not possible for the WHO and the world to purchase this vaccine. It is not possible for this vaccine to receive a licence from us either. Therefore, it is out of our area of interest,”

Koca’s statement came at a time when Turkey has pledged to buy the COVID-19 vaccine from its ally in all the nefarious dealing it does—China. As reported previously by TFI, Turkey, with a population of 83 million, has signed a contract to buy 50 million doses of COVID-19 vaccine from China’s Sinovac Biotech Ltd, and expects to begin vaccinations this month, prioritising health workers.

Read: China used Pakistanis as lab rats for vaccine trials but has removed Pakistan from the list of countries getting the vaccine from it

Sinovac’s vaccine and its reliability are shrouded in mystery, rather much more complicatedly, than the Sputnik-V vaccine. And therefore Kremlin, understanding the smear campaign being orchestrated by Ankara, quickly took the rein of the situation. Within a few hours after Russia and in high probability Vladimir Putin and his administration wrapped up the Erdogan regime, a message came from the same Health Minister citing that Turkey was ready to take the vaccine.

“If (tests) are successful, there is no problem in procuring the vaccine produced in Russia,” Koca told a news conference following a meeting of the government’s science team.

“Negotiations with Turkey are continuing. The quotes [of the representative of the Turkish Health Ministry] are an example of fake news,” the source said, according to TASS.

Russia has touted Sputnik V as a cheaper, easier-to-transport alternative to the West-made vaccines and has said it is 95% effective based on interim results from its ongoing Phase 3 trials. While the international community has largely responded with scepticism, countries like India, Uzbekistan, Mexico, Nepal, Egypt and Venezuela have signed on to purchase the Russian-made vaccine.

New daily coronavirus infections and deaths on Tuesday hit the highest levels since the coronavirus was first detected in Turkey in March. With more than 33,000 cases, Turkey currently has the fourth-highest daily rate globally. Turkey’s economy is currently under extreme duress with the number of wars it is fighting outside its territory and due to the COVID-19-induced effect.

Reported by TFI, Russia has given a tactical class to Turkey in the Nagorno-Karabakh conflict. The entry of Russian Peace Keeping Forces in the region is a testament to the larger game that Putin is playing. Putin has given advice which sounds like borderline diktats, as he told his Azeri counterpart to take care of Christian shrines and churches which will now fall under Azerbaijani territory.

Read: Russia has not pulled back or backstabbed Armenia. Rather it has played Azerbaijan and Turkey in a big way

The voluminous influx of Russian forces into the Nagorno-Karabakh region and the speed at which it happened makes it all the more obvious that Turkey and Azerbaijan have been played by Vladimir Putin and the victory celebration will be short-lived. Russia has taken over the situation, even if Armenians for the time being think that Russia has backstabbed them, Moscow has only taken the best possible route to save the lives of Armenians, that is, minimum damage and maximum impact. The peacekeeping forces have been stationed into the Nagorno-Karabakh region, and now the ball is in Russia’s court, whether it follows through with the agreement or makes it a Russian protectorate with garrisoning its troops within the territory.

With expensive vaccines like Moderna and Pfizer out of its reach, Ankara should be grateful that Moscow is still lending it an olive branch despite the destruction it has caused with Erdogan’s repeated attempts to undermine Russia’s authority in the region.