China happily endorsed Biden over Trump. But the move has backfired as Biden’s fanboys and fangirls threaten Xi Jinping 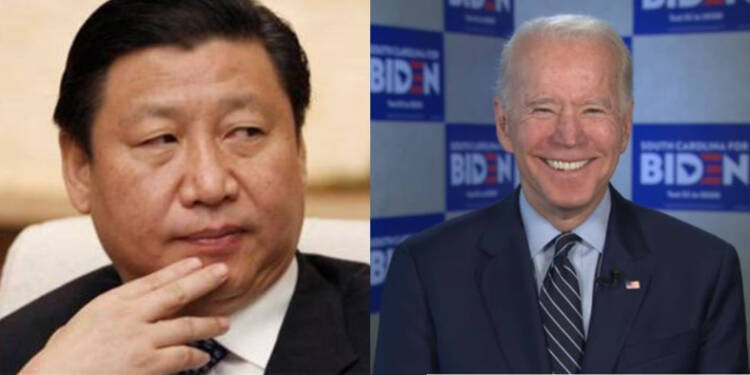 As Biden gained the advantage in the US elections, across the world in China, Xi Jinping was elated and so were some Chinese netizens and intellectuals alike. But the rising Biden rhetoric in China also gave rise to ideas of democracy and thus China Central Television (CCTV) issued a warning to stem the rise of US democratic values.

Joe Biden’s story from the average Joe rising to the top of the US politics acquired a growing cult following who found his story to be intriguing and inspiring. This following also gave rise to numerous democratic ideals and the American political paradigm in comparison to the Chinese communist state system. China has never allowed the idea of democracy to flourish and thus the Chinese state-run China Central Television (CCTV) tore into “American Fans” in China to secure the communist idea.

Biden-loving media attention persisted until this week when a program run by the China Central Television called out the “American fans” in China, who it said were brainwashed by the “insidious infiltration of US soft-selling and propaganda”.

In a program broadcast nationally during evening prime time on Wednesday and Thursday, CCTV warned about the “rise” of a series of pro-US opinion leaders and bloggers in the country who were determined to bring their “fawning remarks” about Biden and more generally American democracy and political paradigms on the news agenda. One commentary on the CCTV website noted that Trump’s antiquities and “crackpots and sanctions” against China had “joined patriotic Chinese” but with Biden’s popularity, some Weibo and WeChat opinion leaders saw an opportunity to revive their effort to promote the US’s democratic virtues.

An associate political professor at the Beijing University School of Government said that Beijing should have realized that Biden’s win can be seen as a “call to arms” to tiny but powerful “pro-US sects.” He claimed that Beijing could interpret their renewed support for Biden and the US in the public discourse as proof of Biden’s position over China’s elite. “Biden and his forthcoming administration continue to exert pressure on China in several fronts and also unite allies to close ranks against China, so it is obviously a matter of urgency for Peking to see resurgence of pro-US sentiments at home,” said the scholar who refused to reveal his name.

“The war to defend the Communist Party’s ideology and doctrines is now on, when the US values resurrected by Biden may again appeal to some Chinese,” said Wang Yigui, a professor of International Relations at the China Renmin University in Beijing.

This is not the first time that Beijing has imposed a crackdown on liberal ideas of the west on Chinese soil. In 2009, Beijing launched repression on Guangzhou-based broadcast Southern Weekend newspaper, which was known for its liberal editorial stance. After then-President Barack Obama took an important broadcast, not Xinhua or CCTV. In a management shakeup ordered by the CCP’s propaganda department, most of the South Weekend’s editorial staff, including its chief editor were eased out.

Biden’s meteoric rise has given a new impetus to democratic ideas in China. Xi’s earlier elation of a Biden presidency has soured in recent weeks as Chinese intellectuals and guardians of liberal ideas have been provided fresh motivation threatening Xi’s and the CCP’s position as a communist party. Furthermore, the rise of democratic values is also a threat to the structure of the CCP controlled Chinese state which is why calls by the CCTV to curb the rise of Biden in China is crucial for Xi’s and the CCP’s survival.