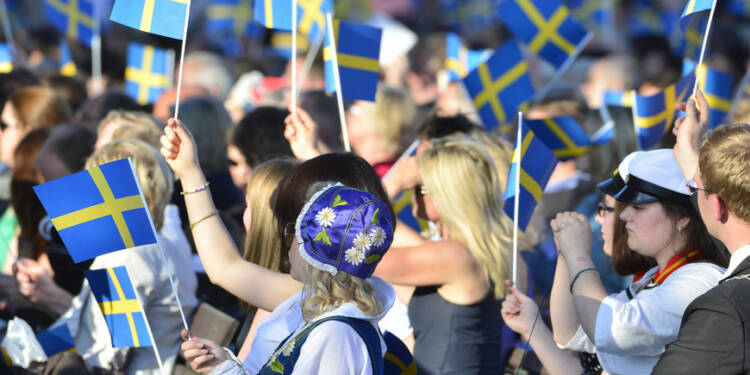 Sweden, a tiny country in Northern Europe with a population of 1 crore, has always been the darling of India’s left-liberal intelligentsia. An extremely rich country with per capita income of above $50,000 per year and the Human Development Index of above 0.9- Sweden has almost everything that a country can aspire for. The country is always in the headlines of international media for good things. But this time, the country has got a fair amount of bad press due to its handling of Coronavirus.

When Coronavirus started spreading, most countries chose lockdown as their preferable preventive method, but Sweden, very proudly, announced that it will adopt a ‘light-touch’ approach to deal with the virus. The light-touch approach means there will be lockdown and it will be ‘business-as-usual’ apart from masks and some restrictions on older people. The epidemiologists in the country said that they want the Swedish people to build herd-immunity, and claimed that is the best way to tackle the virus.

However, today Coronavirus has ravaged the country and its world’s best healthcare infrastructure. The doctors and healthcare professionals are submitting mass resignations, and the Swedish government is asking for help from neighbouring countries. The tiny country in Northern Europe has one of the highest per capita cases in the world, and the death rates are 7-8 times higher than that of its neighbouring countries like Denmark, Finland, and Norway which imposed lockdowns in the very beginning. Finland has a fatality rate of 84 deaths per million, Denmark has 165 deaths per million and Norway has 71 deaths per million while in Sweden, the numbers crossed 600.

In March, the Modi government imposed a very strict lockdown on a national scale, which many ‘experts’ and epidemiologists criticized, calling it a “draconian” approach. However, the Indian government stuck to that approach, and today the nation has one of the lowest per capita cases in the world and a meagre mortality rate, too.

Many newspapers and magazines including some of the most respected and reputed ones like the Financial Times, The Wall Street Journal, and The Economist hailed Swedish approach and suggested that other countries should follow the same. However, we, at TFI, in an article published on April 20, severely criticized the Swedish approach and warned that it will lead to disaster.

The Nordic country is a textbook example of- “how to not deal with Coronavirus disease”. The Swedish government has completely failed in controlling the epidemic. It prioritized livelihood over life despite being a fairly rich country, and today the elderly are paying the price for it.

Sweden does not even have any legislative provision under which the government can impose a nationwide lockdown, and so far, the coalition government has not attempted to bring any such legislation. Evidently, the Swedish people are crowding the public places, and the old and vulnerable are paying prices for it. “This is exactly the development we didn’t want to see,” said Bjorn Eriksson, the region’s healthcare director. “It shows that we Stockholmers have crowded too much, and have had too much contact outside of the households we live in.”

There is no doubt that the Nordic country has set an example in terms of human development, peace, prosperity, and happiness; and it would be a dream place to live in for a person who wants a quality life. But at the same time, we must not forget that its population is 136th times that of India and that it has an abundance of natural resources.

Sweden could afford a particular type of economic model which India can’t but an apt comparison is the last thing on the mind of India’s left-liberal intelligentsia. And there are outbreaks like Coronavirus when the “caring” countries prioritize the economy over the life of their elderly while the poor countries save people irrespective of age, religion, or gender.