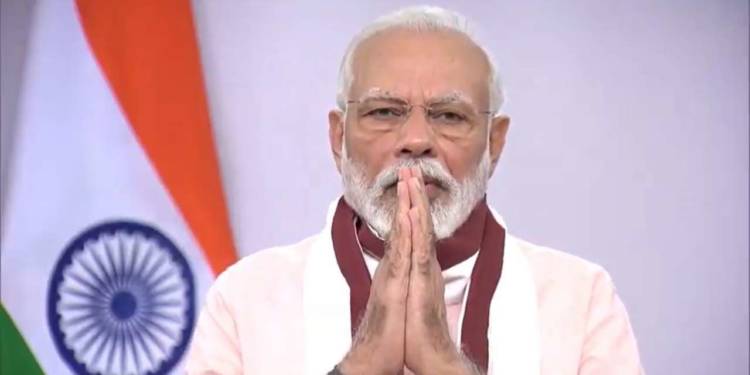 As the year 2020 comes to a draw, the new year rings in the possibility of a world where coronavirus will not be an impediment to the progress of humanity. The vaccines around the world are being developed at a tachyon-like speed — with few of them already being deployed for public use. While the divide between the vaccines of the West (Moderna, Pfizer) and East (AstraZeneca-Oxford, Sputnik V) is seemingly becoming difficult to bridge, it is India that is stepping up on the plate and ensuring that the entire globe receives the vaccine to treat the invisible enemy, one billionth in size to the humans.

New Delhi has preordered 1.6 billion doses of vaccines from Britain’s AstraZeneca, U.S.-based Novavax and the Gamaleya Research Institute in Moscow, all to be manufactured in India, and is also betting on locally researched vaccines from Indian companies like Bharat Biotech and Biological E.

Unlike China, whose President Xi Jinping is using the Coronavirus pandemic as an opportunity to gain good PR by rushing the COVID-19 vaccine, New Delhi is acting in a much more rational manner, away from the jingoistic chatter that Beijing has created around its vaccine.

Prime Minister Narendra Modi is himself looking after the development of the vaccines in India. Reported previously by TFI, PM Modi had visited the ZydusCadila’s manufacturing facility in Ahmedabad, Bharat Biotech facility in Hyderabad, and Serum Institute of India (SII) in Pune — all in the same day and took cognizance of the vaccine work.

Read more: PM Modi is making sure that India is at the centre of vaccine production for the world

In what comes as a testament to India’s medical achievements and rigorous quality controls, the World Health Organization has approved 47 vaccines from the country for exports, as compared to five vaccines from China. India’s track record of successful mass immunization programs for hundreds of millions of people at home against other diseases is also reassuring.

Scientists and policymakers around the world are praying for the success of the Oxford vaccine. The most important reason being the low cost and no storage issue of it. The Oxford vaccine, at $2.50 per dose, is very cheap compared to Pfizer and Moderna vaccines which cost $20 per dose and upward $25 per dose respectively. Moreover, the Oxford vaccine could be stored at a fridge temperature while Moderna and Pfizer vaccines need to be stored at minus 20 to 80 degrees. SII has reserved “50% of whatever quantity they manufacture to low-and middle-income countries.

Read more: Oxford vaccine is set to give Pfizer, Moderna a run for their money, thanks to Indian collaboration

India’s top diplomat Harsh Vardhan Shringla has announced that the “first priority will be for our closest neighbours, our friends” and assured Nepal, Bangladesh, and Myanmar of coverage under India’s vaccine umbrella. For Africa, where SII’s meningitis vaccine was priced at less than 50 cents and which the WHO credited for saving “hundreds of thousands of lives,” India-made COVID vaccines could be public health game-changers.

Moderna and Pfizer could cater to the Western world but the Indian government is aiming to help the entire Indian subcontinent, South-East Asia, and the continent of Africa through the Astra vaccine. The German and the American vaccines would not be able to cater to the poor infrastructure in these regions. With billions of doses required, it would be a near-impossible task to create the ultra-frosty refrigeration systems. Moreover, the price would be an issue and thus the Oxford vaccine seems to be the best bet.

And that’s not all, India’s all-weather ally Russia and one of the developers of its Sputnik V coronavirus vaccine recently announced that India-based drug maker Hetero will produce over 100 million doses of the jab.

Russia’s Sputnik V has shown a similar success rate as Oxford’s vaccine and therefore it could also compete with Moderna and Pfizer. Moscow’s all-weather ally India is prepared to manufacture the does on a trans-continental scale that might help the African countries in addition to the Oxford vaccine.

India has kept its head down all whilst the white noise of which country will lead the charge of ushering the planet back into the old-normal has grown in pace. However, at this crucial juncture when we are in the endgame, it is India that is showing the resolve of taking everyone together and defeating the deadly virus. The world is coming to India and the union government has welcomed them all with open arms.