A war that no one talks about: Yemen is a huge geopolitical playing field that needs to be rescued immediately 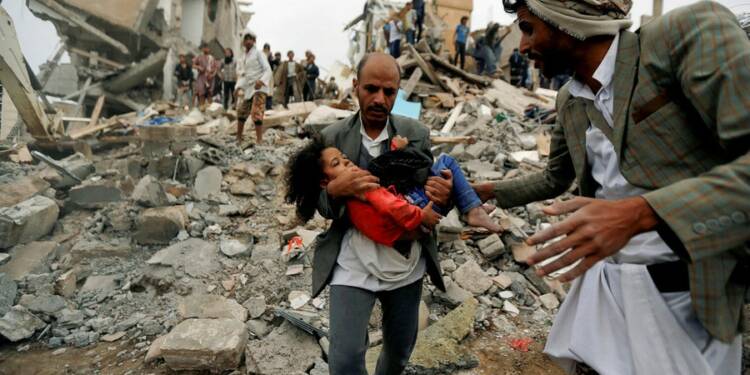 The Yemen war that started somewhere in the middle stages of 2015 has now continued for over five years with the military stalemate between Iran backed Houthi rebels and government-backed by Saudi Arabia, the United States and other Western nations plunging the lives of millions of ordinary Yemenis into abject poverty and all-around destruction. The vested interests of foreign nations have led to the fall of a country that was once poised to usher into an era of normalcy.

According to news reports, the International Rescue Committee (IRC) has warned Yemen is at the highest risk of a humanitarian catastrophe in 2021. IRC’s aid agency director for Yemen, Tamuna Sabadze, said that support for Yemen was now more critical “than ever”, in an interview.

Sabadze urged for more “commitment than we see today” from internal as well global actors to end the conflict in Yemen.“Without this, things will not change in Yemen; the ordinary civilians of Yemen will really have no future and no hope,” she said whilst further adding that twenty-four million people in the region now require humanitarian aid in terms of food, health services, education.

Read: Yemeni War is the Single Bloodiest war in over 30 Years

The country has topped the grim list for the third year in a row due to continuing conflict, and widespread hunger. The country already had very less international aid, but due to the ongoing pandemic, it has further tumbled.

The origin of the war can be traced back to the year 2011. In the aftermath of the Arab Spring, the long-time authoritarian president, Ali Abdullah Saleh, was supposed to transition the power to his deputy, Abdrabbuh Mansour Hadi. However, Hadi inherited a tumultuous regime where he was constantly attacked by the Jihadist as well as the separatist forces who were still pledging their allegiances to Saleh. Add to it, the existential crisis of food security and unemployment – even the Ordinary Yemenis started supporting Houthis. Come the year 2014-15, Houthi rebels breached the defenses of the capital city of Sanaa and captured it.

With Saleh lending his support to the Houthis and the Western, as well as the Arab world suspecting Iran (a Shia-majority country) pushing the buttons from behind. A coalition led by Saudi Arabia jumped into the battleground of Yemen and to this date, hasn’t left the battlefield. The KSA has been adamant that it wants to defeat the Houthi rebels and end Iranian influence in Yemen and ultimately restore Mr.Hadi’s government.

While the official line of Saudi Arabia is to bring back Hadi into power, it is the geography of Yemen and its importance in the trade routes that the leader of the Arab world is not letting go of the war.

Yemen lies beside the southern mouth of the Red Sea, one of the most important trade routes in the world for oil tankers, which pass near Yemen’s shores while heading from the Middle East through the Suez Canal to Europe.

The Bab al-Mandab strait, where the Red Sea meets the Gulf of Aden in the Arabian Sea, is only 20 km (12 mile) wide, making hundreds of ships potentially an easy target for the Houthi rebels to target. In nutshell, Saudi Arabia is looking to protect its rights in the region so that the oil business doesn’t suffer.

Since 2015, the UAE has seized control of the island of Perim (which is on the Yemeni side of the Bab-El-Mandeb Strait) as part of a strategic operation called “Golden Arrow.” Through this operation, Saudi Arabia and the UAE have sought to expel the Iran-backed Yemeni Houthi militia group from Yemen’s long western coast, in addition to securing the Bab-El-Mandeb Strait and the Red Sea town of Mokha, just 50 miles north. Perched on the edge of Bab-El-Mandeb is the Yemeni port city of Hodeidah, which is currently under the control of the Houthis.

However, the last 5-years have taught us that the war has metamorphosed into something that is a million miles away from the objectives it was set out to achieve. A conflict that was supposed to last few weeks has stretched to a few hundred weeks.

And then there are countries like Pakistan, who in an attempt to woo its previous master (Read: Saudi Arabia) sent ex-Army mercenaries to fight in the Yemen War alongside Saudi Arabia so that it could gain some affirmative appreciation from the royal family.

There are no villains or heroes in this story – only sufferers. Iran, Houthi rebels, Saudi Arabia, UAE, USA, France, and all other stakeholders have equally contributed to creating a dystopian world in the country of Yemen where humanity is buried deep under the debris of carpet-sweeping bombing that has become a routine lifestyle of surviving Yemenis. The international organizations have been mum on the issue and have preferred to look the other side, as the supposedly mighty military countries continue to bring Yemen to the verge of a collapse.

China is desperate to stop the EU from slipping away. Gives greater market access to prove its commitment