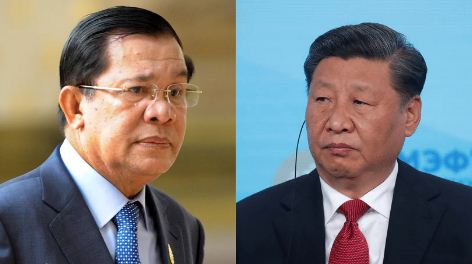 China’s soft power is diminishing at an alarming rate. Now, Xi Jinping’s ‘vaccine diplomacy’ is also failing to shore up the paper dragon’s reputation. In fact, even countries with a strong pro-China bias who were expected to become markets for substandard and unapproved Chinese vaccines are hesitating in buying Chinese vaccines.

We are talking about Cambodia, which has a historically pro-China political leadership and is currently burdened under Chinese debt. However, the Southeast Asian nation has simply refused to buy the Chinese vaccine. Rejecting China’s Sinovac, Cambodian Prime Minister Hun Sen has said, “Cambodia is not a dustbin… and not a place for a vaccine trial.” Cambodia has rather chosen to order vaccine sticks via the United Nations-backed COVAX facility that subsidises vaccine supply in 92 lower-income countries.

Beijing looks upon Cambodia as a point of Chinese influence in Southeast Asia. And while the Association of Southeast Asian Nations, that is ASEAN, has shown the intent to take on China, Cambodia has been acting as a Chinese stooge.

In October this year, the Cambodian government even demolished a facility built by the United States on the country’s largest Naval base- the Ream Naval Base. American pressure did compel Cambodia to dial down its pro-China approach, but a clear message was sent out- Cambodia has taken the devil’s side.

However, when it comes to vaccines, even Cambodia isn’t ready to take chances given the poor quality of Chinese vaccines. Buying Chinese vaccines is politically too unpopular a decision for even the Cambodian government to manage.

In fact, there are deep concerns regarding China’s inadequate quality controls in the vaccine manufacturing process. While the WHO has approved only five Chinese vaccines for export, it has given the go-ahead for export of 47 vaccines from India. The numbers show as to which Asian giant is more equipped to manufacture safer vaccines that comply with satisfactory quality controls.

There is already a sense of palpable resentment against China within the people of Cambodia. And then the first 1 million vaccines that Cambodia wants to buy are going to be partly funded by the Southeast Asian nation’s rich elite.

The Cambodian elites are seemingly buying vaccines for themselves. And they definitely do not want to end up paying for an unapproved, Chinese vaccine. The World Health Organisation (WHO) is yet to endorse any of the vaccine candidates. Meanwhile, Hun Sen has said that Cambodia would not accept any vaccine which is not certified by the WHO.

Hun Sen’s remarks actually rule out any deal from Cambodia to buy China’s Sinovac vaccine. This is a huge blow for Beijing, because Cambodia remains China’s closest ally in Southeast Asia. And the Xi Jinping administration was trying to penetrate its vaccine in Southeast Asia.

In August, China’s Premier Li Keqiang had even told Mekong countries, including Cambodia that they would be given the top priority once the Chinese vaccine is ready. Wang Yi, China’s Foreign Minister, reiterated the same sentiment during a visit to Cambodia in October.

If a Khmer Times report is to be believed China was still negotiating a COVID-19 vaccine deal with Cambodia when the latter simply decided to rule out Sinovac. China’s Ambassador in Cambodia was in contact with the government of the Southeast Asian nation about the potential of deploying the Chinese vaccine for Cambodians.

Within Cambodia’s ruling class and elitist sections, there is a clear understanding that China cannot deliver the goods when it comes to an effective Coronavirus vaccine. In fact, the Chinese vaccine industry is infamous for producing unsafe and ineffective doses that have been responsible for many disasters in the Communist nation.

The Cambodian government might be China’s stooge, but even the Cambodian ruling class won’t risk their lives for promoting a Chinese vaccine.