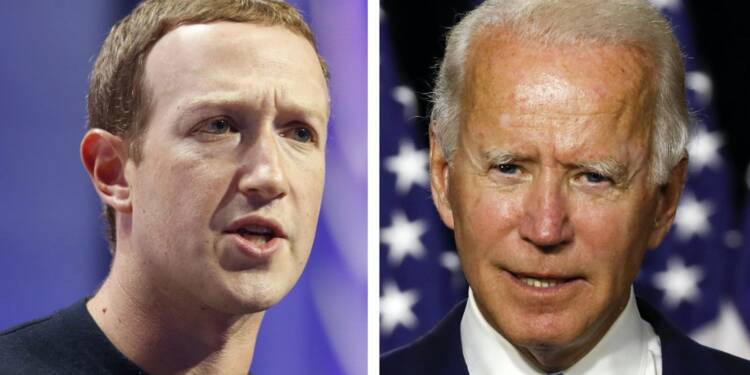 In a major allegation, an Election Integrity Watchdog in the United States has accused Facebook’s Mark Zuckerberg of pouring $500 million that caused the alleged widespread fraud in the 2020 Presidential elections. Consequentially the group will file a suit against the Facebook CEO.

The revelation comes amid accusations from President Trump and other Republicans that Silicon Valley is censoring conservative voices, sparking a push for the companies to lose their liability protections. The massive voter fraud allegations against the democrats have been aimed at by President Donald Trump. President Trump and the Republicans have filed numerous lawsuits against the Presidential election results in many states.

The Election integrity watchdog, known as the Amistad Project has alleged that Mark Zuckerberg used $500 million of “dark money” to unlawfully tip the scales in battleground states that Democrat Joe Biden won by narrow margins. The Amistad Project is expected to file a lawsuit in the District Court for the District of Columbia and will cover alleged election irregularities that took place in Wisconsin, Pennsylvania, Michigan, Arizona, and Georgia.

According to Mark Serrano, a trump campaign adviser and the media relations handler of the Amistad Project, the legal complaint takes aim at “the ecosystem” that caused “fraud on a massive level to take place” during the 2020 contest. He accused Zuckerberg of using his vast financial resources and influence to undermine the presidential election in the months leading up to and continuing after November 3.

This is "contrary to both federal law & state election plans" according to SCATHING new report.🔻 pic.twitter.com/jDGmeqgd3g

At a press conference on Wednesday, Amistad Project Director Phill Kline said that Zuckerberg had funneled vast sums of money into organizational and non-profit groups lobbying officials and carrying out other partisan work impacting the 2020 outcome.

A study by the Amistad Project detailing how Mark Zuckerberg allegedly used private funds to “improperly” manipulate election results coincided with the announcement of the lawsuit.

According to a press release from the Amistad Project, this injection of hundreds of millions of cash in the election by Zuckerberg and others “violated state elections laws” which led to unequal distribution of funds which deprived voters of both; due process and fair protection.

Facebook has been under intense scrutiny after it tried to restrict the sharing of Hunter Biden’s shadowy company dealings in Ukraine and China.

Besides Trump has been on a mission to cut the companies’ Section 230 liability protections, which provide a legal shield to tech companies for content on their sites.

The Trump Administration has been alleging massive voter fraud and President Trump refused to concede the elections. The electoral college voting despite Trump’s heroic fight resulted in a win for Joe Biden and the next step of the process is sending the votes to

Congress to be counted next month. After the vote, Senate Republicans acknowledged Biden as President-elect, with Senate Majority Whip John Thune acknowledging “Once the Electoral College settles the issue, it’s time for everyone to move on.”

Joe Biden was elected president on Monday, but US President Donald Trump and his supporters continue arguing that a large-scale fraud-related win of the Democrats is unconstitutional.