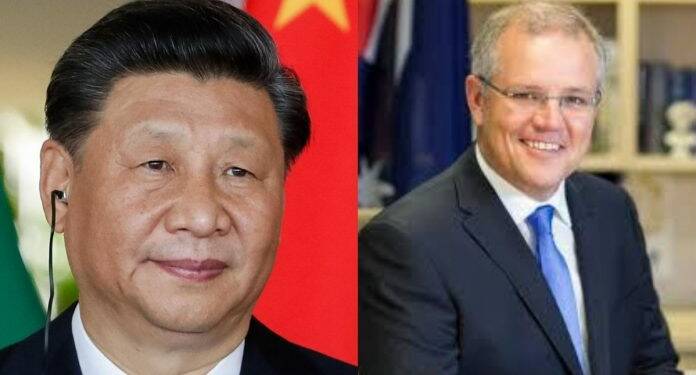 Xi Jinping’s ego battles against Australia’s Prime Minister Scott Morrison and reckless trade wars are literally forcing Chinese cities to go dark and industrialists to go out of business. Canberra and Beijing have been engaged in a diplomatic tussle over Scott Morrison’s bid to hold the paper dragon responsible for its sheer belligerence.

In order to settle scores with Australia, Xi Jinping has gone as far as imposing an unofficial ban on Australian coal. The ban however has proved counterproductive for China. The Communist nation’s power sector, as well as the steel industry, is suffering seriously because of Xi Jinping’s overambitious attempts to punish Australia.

In fact, residents from China’s Zhejiang province have taken to social media in order to expose how Beijing’s decision to block Australian coal from entering Chinese ports has led to power outages. Officials in the province have been asked to restrict the use of heating facilities, even though the region is passing through the peak winter season.

Power rationing seems to be becoming the norm in several parts of China. Requests to reduce electricity usage have been made, for instance, in the Hunan province with a population of over 67 million people.

As per local media, power rationing has been blamed on higher coal prices, as the domestic prices have surged far above the threshold price set by the Chinese government. Yet, Chinese officials keep denying the role that Beijing’s informal bans on Australian coal had to play in the entire fiasco.

The higher coal prices and the subsequent power outages in China have been reported after the Communist nation started blocking the imports of Australian coal. Since September, a significant number of coal deliveries from Australia have landed in limbo as the Chinese government turned them away.

Desperate geopolitics is driving China’s terrible decision to reject Australian coal, but at an official level, the Communist nation claims that the rejections are being made due to internal export quotas being reached.

An estimated 60 vessels, carrying $700 million worth of Australian coal, have been hit by China’s reckless import ban. China’s power sector is bleeding, yet Australian coal producers report that their coal is still being turned away by the Middle Kingdom.

But China’s power sector is not the only one suffering. As per news reports, the price of coking coal has hit a four year high in China. Do remember that coal is a basic raw material in the steel manufacturing industry, along with iron ore.

China produces most of the world’s steel. In fact, it is central to Beijing’s scheme for the revival and future growth of the Chinese economy. But higher coal prices will make steel manufacturing in China a highly unprofitable business.

And then, the steel industry serves as the backbone of all infrastructure-related industries. China wants to revive its economy by pushing infrastructure expenditure. But rising coal and steel prices are going to jeopardise all its plans.

By imposing unofficial bans on Australian coal, China has shot itself in the foot. Higher coal prices are going to create a snowball effect in the Chinese economy, and every single sector of the Chinese economy is going to suffer. The signs of a Chinese economic collapse are already visible as China’s cities go dark and industrialists go out of business.