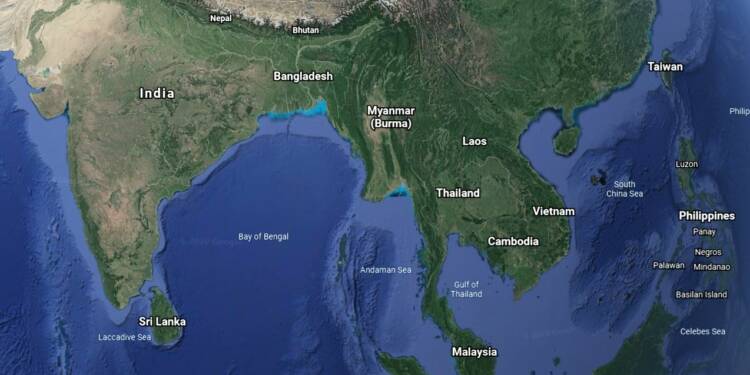 India since the coming of PM Modi and the transformation of the Look East policy to Act East policy, has looked for ways to transform and bring the North East into India’s mainstream. Since then, New Delhi has been investing heavily in the infrastructure development of the region. However, problems of geography and borders are something which cannot be within a short span of time. It takes long deliberation, planning and reaching understanding before countries collaborate for large scale trade and connectivity projects.

The Foreign Secretary Harsh Vardhan Shringla said that “Railways that link India and Myanmar and further to Thailand, Laos, Singapore, Cambodia, Vietnam and Bangladesh are all very possible in the future.” He also added that Agartala (India) – Akhaura (Bangladesh) rail link will be ready by 2022 when India commemorates the 75th anniversary of its independence. This is the really ambitious step from the Modi government to actualise the Act East Policy and it will also put another hurdle in front of Chinese megalomaniac hegemonic designs.

These infrastructural projects are going to be the blood vessels that will pump economic and social development in the region. It will not just link the region from India’s mainstream but will also make it the heart of the connectivity between South and Southeast Asia. This declaration comes just days after the connectivity project along with Bhutan and the efforts by India to link and connect its eastern neighbourhood under its auspices. The project along Bhutan will also impact several ASEAN countries, especially Myanmar, Thailand, Cambodia and Laos, as it will be able to increase the footfall of human to human engagement. With Bhutan at the back-end, the 19-kilometre Dhubri-Phulbari Bridge connects Dhubri in Assam with Phulbari in Meghalaya.

India and Japan are also working together to build the infrastructure in the North-East and Japan is financing Indian efforts to counter China as well as enhance the overall infrastructural standards of the region which has been overlooked for all the myriad of reasons. As part of China’s debt-trap diplomacy in the Indian Ocean Region, the overarching impact is on safeguarding the strategic autonomy of the BIMSTEC countries. Since 2018 the agreement between India and the Japan International Cooperation Agency (JICA), for the infrastructure development of the North-East has become their flagship project.

Thus, when we look at the fact that India is creating a humongous connectivity network in the long-isolated East part of India and its Eastern region, this is sure to put the much-needed fuel to the region which is filled with immense possibility and the fact that in addition to the Road and Sea connectivity that India is undertaking with Bhutan, Bangladesh, Thailand and Myanmar right till Vietnam an addition of the rail connectivity will be an immense boost to the transportation of people as well as goods.