Russia and China are becoming friends again. Not because of common communist ideology but because of Biden 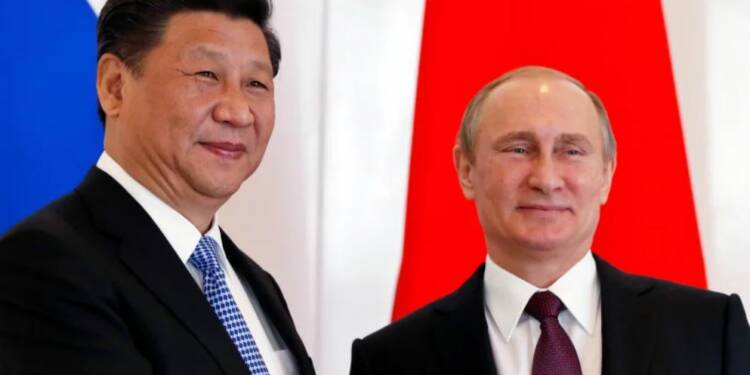 US President-elect Joe Biden is yet to take charge of affairs in the White House, but the Biden effect is already destabilising the Indo-Pacific. Biden’s imminent rise to power is reinvigorating a sense of partnership between Russia and China. With Trump in power, differences were cropping up between Beijing and Washington. It seemed as if the Kremlin was feeling more comfortable with its old and time-tested friend, India as compared to an opportunistic partner in China, despite New Delhi’s soaring ties with the United States.

But now, Russian President Vladimir Putin knows that Trump’s Presidential stint is going to end very soon, and an anti-Russia, pro-China Democrat is going to take over. So, over the past few days, Russia has been giving mixed reactions about India’s relationship with the West which haven’t really gone down well with New Delhi. Also, Moscow seems to be showing an unusual willingness to deepen military ties with the paper Dragon.

Signs of renewed energy in the Sino-Russian relationship first appeared a couple of weeks ago, when Russia’s Foreign Minister Sergey Lavrov made certain unsavoury remarks about India’s relationship with the US and other Western powers.

Lavrov said that the West is trying to bring back the unipolar world order but poles such as “Russia and China are unlikely to be subordinate to it”. He added, “However, India is currently an object of the Western countries’ persistent, aggressive and devious policy as they are trying to engage it in anti-China games by promoting Indo-Pacific strategies, the so-called ‘Quad’ while at the same time, the West is attempting to undermine our close partnership and privileged relations with India.”

It is usually China that makes such embittered remarks about India-US relations. So, it wasn’t the most benevolent of signals coming from the Kremlin.

On its part, New Delhi did reject allegations of having become the West’s proxy. Ministry of External Affairs (MEA) spokesperson Anurag Srivastava said, “India has always pursued an independent foreign policy based on its national interest. India’s relationship with each country is independent of its relations with third countries. We hope that this is well understood and appreciated by all our partners.”

Yet, Russia keeps expressing its apprehensions about the Quad. Recently, Russian diplomats said that Moscow understands and supports India’s Indo-Pacific vision. But Russia has concerns about the Quadrilateral Security Dialogue (or Quad).

So, Russia’s message is not very reassuring. Moscow appreciates New Delhi’s Indo-Pacific vision but with Democrat leader Biden waiting to take over, Russia has no option but to warm up to China. And amidst all this chaos, India and Russia have postponed their annual bilateral summit for the first time in two decades.

Putin’s subtle China pivot has already started becoming visible. On Tuesday, The Guardian reported that Japan and South Korea scrambled their jets as a joint patrol of two Russian Tu-95 strategic bombers and four Chinese H-6K bombers flew over the Sea of Japan and the East China Sea.

Chinese Communist Party (CCP) mouthpiece Global Times is also celebrating the newfound Sino-Russian bonhomie. Anyhow, Russia is not warming up to China because of a common Communist ideology.

Till the time Trump was directing American foreign policy, Putin knew that Washington’s main enemy is China. The Russian President foresaw a scope of rapprochement with the US, and was even willing to let India bring Moscow and Washington closer.

But the Kremlin understands that Biden will any day be more anti-Russia than he is anti-China. Even on Tuesday, the Democrat spoke about a hacking campaign alleged to be the handiwork of Russian intelligence.

Biden vowed that when he does learn “the extent of the damage,” he would respond “in kind” as the President of the United States. During his Presidential campaign also, Biden said that he views Russia as an “opponent” and China as a “serious competitor.”

Biden’s Russia obsession is thus forcing Putin to renew Moscow’s “strategic axis of convenience” with Beijing even before the Democrat takes charge of affairs in Washington.