Russia officially asks India to mediate between it and QUAD nations 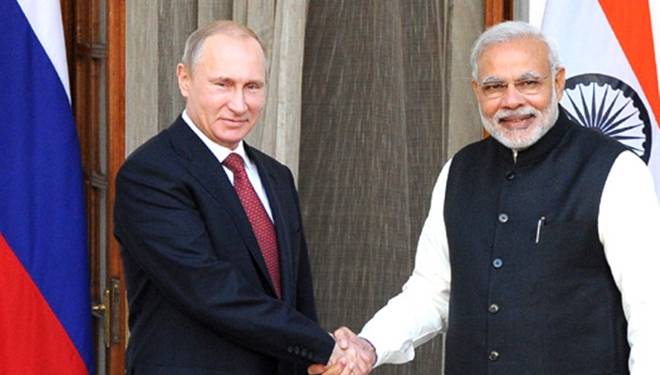 One of India’s oldest and most reliable friends- Russia, seems to have taken New Delhi’s word of advice all over again. Russia has said that it understands and supports India’s Indo-Pacific vision. But Moscow says that it has concerns about the Quadrilateral Security Dialogue or QUAD – an informal strategic forum comprising India, the US, Japan and Australia.

So, basically, Russia has expressed that it is ready to play a role in the Indo-Pacific concept. It even accepts India’s Indo-Pacific vision but presumably wants New Delhi to address Russian concerns and bridge the mistrust between the QUAD or the United States on one side, and Russia on the other. Nonetheless, Russia is making a big change in its own Indo-Pacific perception.

It is to be noted here that India and Russia are time-tested allies. But while India is at the core of the Indo-Pacific concept, Russia has been traditionally reluctant to play much of a role in the Indo-Pacific. Moscow’s formal stand has been to dismiss the Indo-Pacific as exclusionary and use the term ‘Asia-Pacific’ instead.

Now, Russia has at least shed its traditional reluctance when it comes to using the ‘Indo-Pacific’ terminology. Roman Babushkin, the chargé d’affaires at the Russian embassy in India, even said that his country does understand New Delhi’s Indo-Pacific vision but currently there is no unified vision for the vast region as several countries were promoting their “own Indo-Pacific visions”.

What Russia wants is greater space within a unified Indo-Pacific vision. Moscow understands that the Indian definition of Indo-Pacific cooperation offers greater room for Russia than that of the Western world.

Babushkin added that different visions have created mechanisms that are “non-inclusive as compared to the Indian approach to the Indo-Pacific, which we understand very well and support the inclusiveness and its reliance on international law.”

Russia also voiced apprehensions about the lack of ASEAN centrality in the Indo-Pacific concept. The Russian diplomat explained, “We are facing attempts by some countries to create containment in the region that threaten to jeopardise basic principles for regional cooperation, for example, ASEAN centrality and ASEAN unity. That means QUAD would be detrimental to inclusive dialogue in the region.”

Also, it is wrong to think that the Kremlin is even remotely concerned about the Chinese containment which will most certainly remain at the centre of the Indo-Pacific concept. Barring the ostensible Sino-Russian camaraderie, Putin’s Russia and Xi Jinping’s China pursue completely different goals in the region.

China bought media and social media in every country that matters. But Japan stood as a proud exception