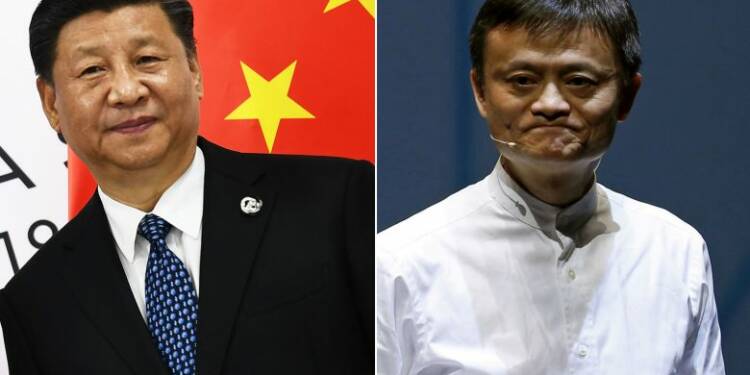 After using the position and popularity of Jack Ma for its own PR campaign, and now as the person and his company is becoming more and more powerful as well as opinionated, Xi Jinping seems to have had enough of it; after the much-hyped $37billion worth of Initial Public Offering (IPO) by Ant group was suspended by the Chinese government.

Now Chinese authorities have launched an antitrust investigation into Alibaba Group and as per reports would summon it’s Ant Group affiliate to meet in the coming days, regulators said on Thursday. This is the latest in the set of actions that Xi Jinping is taking against Jack Ma after his utility for the Chinese leader has ended and as his economic position was sort of threatening his position. Jack Ma was supplying ventilators and masks which was being called medical aid diplomacy. And now with the utility depreciating in comparison to the threat this billionaire can inflict on the communist regime, they have dumped him without any second thought.

The West has used billionaire philanthropy for good effect in the past and China was quick to latch on to this tried and tested technique. Nudge a billionaire around, use his capital, and garner all the positive PR, and in this case, it was Jack Ma. As of March 31, 2020, Alibaba Group together with Ant Group have contributed approximately RMB3.4 billion ($476 million) in value in the form of donations, subsidies and technical support and it went on till way later. All this was not the philanthropist soul of Mr Ma, but the nudge from the communist regime which wanted to save their face through this reverse-engineered PR campaign.

Read more: Chinese Billionaire Jack Ma is trying every trick in the book to salvage the reputation of China.

Jack Ma may have just done what can lead to his unbecoming, and that has everything to do with upsetting the Chinese Communist Party. “China does not have a systemic financial risk problem,” Ma had said at the Bund Summit where he further added, “Chinese finance basically does not carry risk; rather, the risk comes from lacking a system. Good innovation is not afraid of regulation but is afraid of outdated regulation. We shouldn’t use the way to manage a train station to regulate an airport.”

Analysts and observers have remarked that these moves towards Ant’s IPO were done to teach Ma a lesson – a lesson for his overreach and to make him understand that he can do business only till he can stay within the sovereign boundaries where one cannot be critical of the government and thus, he will have to adhere to CCP’s line and not speak ill of the party or the regulators, out in the public.

Read more: Under massive pressure, Jack Ma is ready to give up his company to CCP but Xi is hellbent on destroying him.

It is all to clear that the CCP has had enough of Jack Ma and it finds him of no utility, which is why it has now decided to take care of him and his brainchild. These antitrust investigations are one of the many tools at the CCP’s disposal which it will be using to bring the capitalist to his knees.