The art of survival – Netanyahu 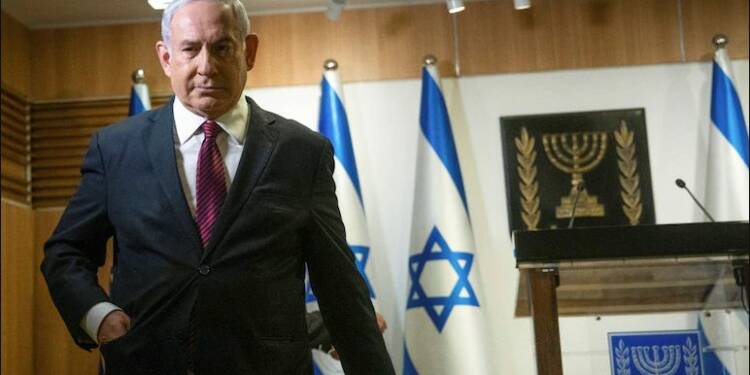 So, Israel’s government had collapsed, yet again and now the Jewish nation is headed for the fourth election in two years. Now, Benjamin Netanyahu, who has been serving as Israel’s Prime Minister since 2009, is facing a fresh political challenge.

The latest crisis in Israeli politics has been triggered by the failure of the Netanyahu government to pass a budget by the midnight Tuesday deadline. However, this is not the first time that Netanyahu is passing through an uncomfortable phase in Israeli politics. The Israeli Prime Minister has faced uncertainty over the last two years, yet he seems to have mastered the art of political survival.

Netanyahu and Gantz signed an agreement to form an emergency unity government with rotating leadership. Netanyahu was supposed to take the first shot at Prime Ministership followed by Gantz, who served as the Israeli Defence Minister for the time being.

The emergency government was formed, after putting aside ideological differences in order to ensure political stability for battling the Wuhan virus Pandemic, and the economic slowdown triggered by it. But things haven’t really gone ahead as planned.

Netanyahu did get appointed as the Israeli Prime Minsiter, but the deal has turned out to be an unpleasant arrangement for Gantz. The centre-left bloc, Gantz’s core voter base, seems miffed with him and therefore he has lost much of his political support.

Within the centre-left bloc, there is also a sentiment that Gantz got done in on major issues like the Trump administration-brokered Abraham agreements between Israel and Arab nations.

Meanwhile, Netanyahu has been astute in his approach. He kept stepping up the political pressure on Gantz’s Blue and White party. The Israeli Prime Minister has even accused the centre-left party of acting as an “Opposition within the government.”

So, now Israel’s centre-left political ideology has been left leaderless, even as Benny Gantz’s voter base has been left disappointed. Now, it is commonly accepted that Israel’s next Prime Minister will be a right-wing leader. Netanyahu is facing challenge from a trio of right-wing Israeli leaders, led by Gideon Saar, a popular legislator who recently broke away from Netanyahu’s Likud party.

However, Netanyahu remains the tallest right-wing leader within Israel. In all probability, he will get elected again. Netanyahu has really excelled in the art of survival. By undermining the centre-left political ideology, Netanyahu has managed to overpower his political rival- Benny Gantz and carve out political space for himself. He is therefore not going anywhere despite turbulent political times in Israel.