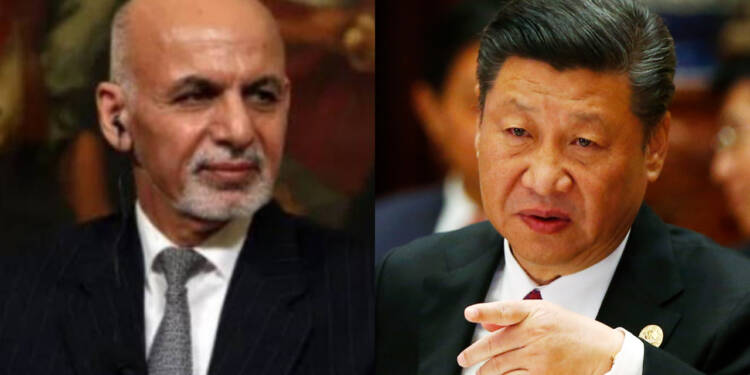 Afghan National Directorate of Security (NDS) uncovered a dense network of Chinese spies, highlighting the role of the CCP in influencing the geopolitical dynamics through their presence in the region. The data leak, two weeks ago, exposed around two million Chinese Communist Party members worldwide. The Afghani intelligence acted swiftly and nabbed ‘ten’ Chinese spies who were later revealed to be in close connection with the Haqqani network and working closely with the Taliban. Amrullah Saleh, the Vice President of Afghanistan has said that only if Beijing apologises, only then will the spies be pardoned.

The US and other nation-states, have perpetually accused China of various incidents of espionage and the data leak strengthens their beliefs. Afghanistan is a critical geopolitical juncture which has witnessed fighting between the Taliban and the government for decades. With the US now seemingly intent on pulling its troops out of Afghanistan, China sees an opportunity to direct the politics of the nation as it has been trying with a host of South Asian countries such as Nepal. The Afghan Peace Process is being negotiated by Pakistan, a country riddled with Chinese influence, sitting conveniently in Beijing’s laps. And how could a state like Afghanistan demand an apology when China controls so much of it?

Read More: Chinese spies have been caught red-handed in Afghanistan and the future doesn’t look very promising for them

The Chinese spy-cum-terror squad was operating with the support of Pakistan’s Inter-Services Intelligence (ISI), which is a highly shocking revelation. Caught and detained by the National Security Directorate (NDS) of Afghanistan on 10 December, members of this group were allegedly in contact with the Haqqani Network and were collecting information about Al-Qaeda, the Taliban, and Uighurs in the Kunar and Badakhshan provinces.

Afghanistan’s Vice-President, Amrullah Saleh, briefed the Chinese Ambassador to Afghanistan on the arrest and activities of the 10-member Chinese spy-cum-terror squad, including the retrieval of weapons, ammunition, ketamine powder, and other incriminating objects. However, Saleh allegedly threatened Beijing with criminal action if it did not deliver a formal apology for the breach of international norms.

Moreover, since 2012, Afghanistan, which is largely dependent on foreign aid, only China has been drilling commercial oil and mining copper, thus Afghanistan’s demand for an apology will have felt like an insult, even more so when China has also offered to set up a Brigade of Afghan National Army in Badakhshan.

Afghanistan is unlikely to receive an apology from China. Beijing’s response to Kabul is to use the Taliban in combination with Pakistan through a series of regular terrorist bombings across Afghanistan, where at least 159 pro-government forces and 93 civilians were killed in December 2020.

Read More: With the US abandoning Afghanistan and China entering at the same time, Putin is set to make his big Afghanistan move

On December 12, ten rockets were fired from a vehicle that landed in various parts of Kabul in the Lab-e-Jar region of Kabul. A vehicle belonging to the NDS in the Kabul Police District was hit by a magnetic bomb on 16 December. A car bomb struck a convoy carrying a member of the Afghan Parliament, Khan Mohammad Wardak, on 20 December and killed ten people, injuring 52, Wardak among them. Vice President Saleh may also be the focus for having the temerity to demand an apology from Beijing.

The Taliban have stopped their attacks against the U.S. and foreign forces, but continue to threaten Afghan security forces even as the insurgents have held talks with the U.S.-backed government. A district police headquarters in Western Farah province was targeted by the Taliban early Monday, killing one policeman and injuring three others.

The current developments and their response has been pretty straight forward. Ever since Afghanistan detained the Chinese spies, the Taliban has increased their attacks, and since the Afghanistani Vice President Saleh demanded an apology, the terror attacks continue to occur. With China’s involvement in strengthening the Taliban, its ambitions are pretty clear in the region and its distaste for the Afghan Peace Process. Moreover, since the Afghan government is backed by the US, the peace process was never an option for China.