China not only carries out espionage activities through Mobile phones, it can also do it through TVs 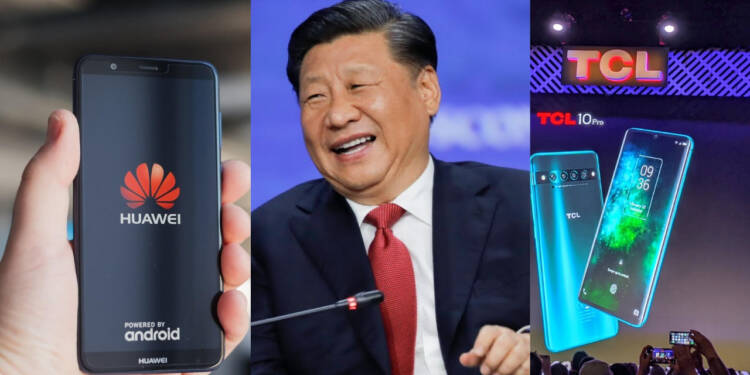 China and its dirty espionage and surveillance tactics when it comes to mobile applications and tech giants (like Huawei), is a well-known fact but what might come as a surprise to the readers, is the fact that Xi Jinping is now using Television sets to further his evil dream of creating a surveillance net around the globe. According to news reports, Chinese television maker TCL has built security-bypassing “backdoors” into its Android-powered TV sets. As a result, Homeland Security was looking into the matter actively.

The shocking revelation proves that China can go to any untoward lengths to create a deep state network. Acting Department of Homeland Security Secretary Chad Wolf remarked that TCL had installed a backdoor system into its TV sets.

“This year it was discovered that TCL incorporated backdoors into all of its TV sets exposing users to cyber breaches and data exfiltration, TCL also receives CCP [Chinese Communist Party] state support to compete in the global electronics market, which has propelled it to the third-largest television manufacturer in the world,” said Wolf.

One was a flaw that let anyone browse the file system of a TCL TV without entering a password. The other was a hidden feature that seemed to be sending screenshots and logs of user activity to servers in China, which hacker Sick Codes, one of the flaws’ finders, said amounted to a “Chinese backdoor.”

When the news of the backdoor installed by TCL came into the public light, the Chinese company silently released patches to fix the issues. Just to point it out clearly, TCL did not notify the customers about the patches and fixed the backdoor on its own which effectively means that the CCP backed third-largest TV company in the world had unmitigated access to its customers and their data.

When contacted by the website that blew the whistle on the entire operation of TCL, the Guangdong headquartered company went back to its PR team and published a good, hearty, feature-length gibberish letter to counter the allegations.

“In general, we are concerned that the recent comments about TCL appear to originate from inaccurate descriptions of our products, features, and capabilities in recent weeks, and unfortunately, have led to speculative conclusions and a rush to judgment.” read the TCL’s statement.

China and its tech industry have been facing the heat of the entire globe for being subservient to the whimsies of CCP. These companies share the data of their customers with CCP which then effectively uses the said data to its dubious purposes.

China has already learned the hard way that its snooping tactics cannot go a long way if caught. Huawei, one of the crown jewels in Xi Jinping’s empire has been facing an outright ban from foreign nations after news of the company embedding surveillance tools in its 5G networks came to light.

Read: ‘Our survival is at stake now,’ Chinese Telecom giant Huawei crumbles after US ban on Semiconductor exports

It was the American President Donald Trump that persuaded nations around the globe to exclude Chinese tech giant Huawei from their 5G networks and later banned the sale of semiconductors manufactured on secret American designs to China in a bid to kill the Chinese tech industry. Trump has also seemingly killed the fortunes of Chinese super-app WeChat in the States and it is a matter of time before the final sledgehammer is brought upon it.

Read more: Bigger than Huawei or TikTok ban, Trump’s ban on WeChat could start a whole anti-CCP revolution in China

Another big casualty of the middle kingdom’s surveillance plan has been TikTok which was ejected from India for allegedly trying to harvest the Indian user’s data and siphoning it to the Politburo of Beijing.

Read more: India bans TikTok and 58 other Chinese Apps. CCP is riled up. And the World must follow suit

TCL is another pawn in the long list of companies that the Communist Party of China has employed on its payrolls and it certainly would not be the last company to have its dirty mask peeled off, fair and clear. Homeland needs to conduct a thorough investigation in the matter so that TCL could be booted out, just the way Huawei was.