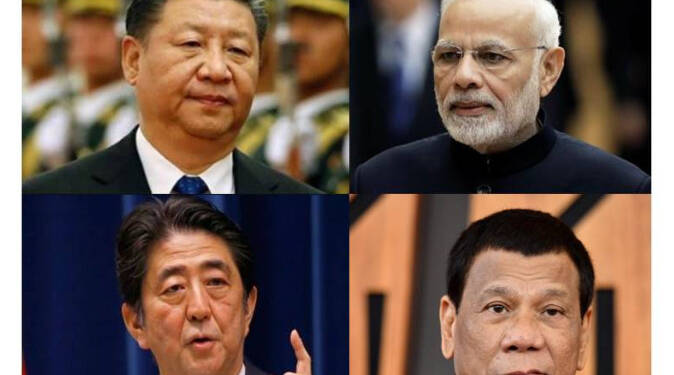 As the eventful year of 2020 draws to a close, and the world as a whole gets ready to welcome a new year with the hope that 2021 would be kinder to human civilization, it is but prudent to take a look back at the most sought after, most read and most significant stories of the year gone by. Internationally, a lot has happened in 2020. The year has by far been the most significant in recent memory, purely in terms of geopolitics, geostrategic readjustments and a general sense of disgust towards the CCP regime of China.

Among TFI’s most-read international stories of 2020 are pieces which talk about, of course, China and the consequences of the paper dragon casting the entire world into hellfire by unleashing an untameable virus strain on human civilisation. Then, the paper dragon reeling under a severe financial crisis and not allowing its citizens to withdraw their cash also made for some good reading among people around the globe. TFI’s report on Japan granting massive incentives to its companies to pack up from China and shift base to other countries went super-viral internationally.

As global supply chains got tremendously disrupted with the spread of the pandemic across the world, Japan was among the first countries to incentivise its companies with billions of dollars to leave China, and shift base elsewhere. It has earmarked the US $2.2 billion to help its manufacturers shift production out of China. 220 billion yen ($2 billion) is pledged for Japanese companies shifting production back to Japan and the remaining 23.5 billion yen for those seeking to move production to other countries.

With close to 904,000 views and 203,300 shares, the article detailing Japan’s decoupling from the paper dragon became TFI’s most-read article in 2020. Japan’s fury against China really laid the bedrock for the world community to take on the paper dragon, even as countries like India, Australia and the U.S. hardened their stance against the Communist nation. TFI’s international analysis, of course, played a major part globally in creating China hawks in all households.

China continues to stare at an impending financial crisis to this day. The imminent crisis threatens to cripple the inflated Chinese economy, while also obliterating the Communist nation’s financial institutions. TFI’s report, which revealed how Chinese authorities were not allowing citizens of Hebei and Shanxi provinces to withdraw their own money, garnered over 243,000 views, while the piece got shared by 15,600 people.

The report cited how, when panic among Chinese citizens grew, and when assurances from the local governments and warnings from police did not work, the government launched a pilot program in Hebei province requiring the businesses and public to seek approval from authorities to withdraw their own money. As per the new regulation, from July 1 the businesses and individuals in Hebei province had to provide information about transactions exceeding 500,000 Yuan and 100,000 Yuan respectively. The two-year pilot program was set to be expanded to Zhejiang and Shenzhen provinces in October, encompassing 70 million people in three provinces.

The Philippines, under President Rodrigo Duterte, had rolled back on its decision to pull out of the visiting forces agreement with the United States, a two-decades-old military pact between the two countries owing to the ‘political developments in the region.’ This was at a time when the world as a whole was unwinding from China. In the midst of the same, India had achieved a heroic feat when its Navy rescued a Philippines Navy ship after a fire broke out in its engine room. The Indian Navy repaired the ship free of cost at the Navy shipyard in Kochi.

The Philippines Navy chief Rear Admiral Giovanni Carlo J. Bacordo thanked the Indian Navy for its “invaluable alliance”, and in a letter to the Indian Navy chief Admiral Karambir Singh, added“Your support in this unfortunate accident is way beyond our expectations and it is a testament of your sincerity in deepening our Navy to Navy partnership. Rest assured that the Philippine Navy remains committed to this Partnership.”In a subtle message to China, the Philippines’ Navy Chief had also said that his country looked to making the seas [of the South China Sea] safer. The said report by TFI went super viral and garnered 152,500 views while getting shared over 61,300 times.

The biggest victim of the global community decoupling from China has been the Chinese tech major – Huawei, which until recently was eyeing to dominate the global 5G markets. As 2020 draws to a close, however, the Chinese tech major is not even being considered a ‘giant’ any longer and is clutching on to last straws in order to keep itself afloat. TFI had reported in September that Huawei, which was competing for global domination two years ago, had been forced to considering an exit from the smartphone market.

With the U.S. banning semiconductor exports to Huawei and Taiwan’s TSMC also refusing to take fresh orders from the tech major, the Chinese company was forced to admit that their survival was at stake. TFI has been at the forefront of reporting the grand downfall of Huawei, and the said story was viewed by over 69,000 people and shared approximately 12,100 times.

The fifth story which received tremendous traction across the world was a report which covered the announcement of New Delhi in the month of August to provide half-a-billion dollar funding to the island nation of Maldives for several Infrastructure projects that will change the face of the archipelago. The 500-million-dollar financial package consisted of a grant of 100 million dollars and a new Line of Credit (LOC) of $400 million.

With the move, India had hit two shots with one stone in the Indian Ocean Region, i.e., kill China’s debt diplomacy in the Maldives and cement its own bilateral ties with the Maldives. The report of TFI, comprehensively listing India’s strategic maneuverers with the Maldives to take on a belligerent China got shared 48,300 times, and was viewed by close to 18,000 people.

While 2020 has been a year of the virus chasing human civilization, 2021 will be a year in which humans chase the Chinese virus and spell its death-knell. On that note, here’s wishing all our readers a very happy new year!