‘Not following Biden’s lead,’ The European Union’s message to the US as Biden brings weak leadership 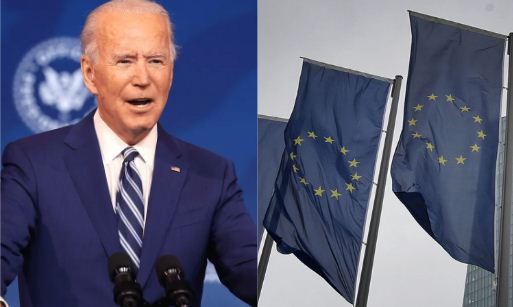 A move that signals what is in store for the Democrat President-elect Joe Biden when he moves to the White House — the European Union has sent a strong message to the US that it cannot rely on the feeble administrative prowess of Biden to go about its business in the coming four years. The EU and China, after almost six years of discussion, signed the Comprehensive Agreement on Investment which theoretically gives European and Chinese companies better access to each other’s markets.

Ursula von der Leyen, president of the European Commission, tweeted Wednesday that the agreement will “uphold our interests” and “promotes our core values.”

The deal will lower barriers faced by European companies seeking to enter the Chinese market, according to a document released by the EU. However, these gains would mean a little to the European businesses if China, which has a track record of throwing such deals in the dustbin, fails to hold its end of the bargain.

Despite the double-edged sword nature of the deal, the EU has gone ahead with the deal because it cannot punt its fortunes on the weak leadership of Joe Biden. The joining of the hands at the precipice of a new year comes even when the Biden team had warned Brussels against an overly hasty deal, citing ‘common concerns about China’s economic practices’, earlier this month.

It was expected that the EU would team up with the United States to pressure China rather than side with the latter. Trump had even managed to keep a volatile EU currently spearheaded by China-loving Angela Merkel on the tenterhooks. But as soon as Trump was defeated in the Presidential elections, the EU and China set in motion the events that lead to the signing of the deal, in never seen before haste.

Trump was planning to wait out Merkel’s tenure as the leader of the EU to make his next move to corner China. Several countries in the EU itself have cast aspersions over the deal and signing it with an authoritarian country like China.

But in the absence of a strong leader like Trump and the emergence of a timid Biden, the EU lost all its optimism and eventually sided with Xi Jinping, in the hope that the market of China would help the Union build again after being ravaged by a deadly pandemic.

The EU might just be the first cluster of nations that caves in front of the Chinese on the economic front, with more countries soon to follow the suit. Trump worked incredibly tirelessly to isolate China on the world stage but his work seems to be undone by the elction of Biden.

Beijing will now use the aforementioned Trade deal to convey European endorsement of China’s trade and investment regime. The Trump administration called out Xi Jinping for his dangerous, disruptive, and unfair nature of the Chinese economic system which tends to engulf weaker foreign economies like a amoeba by using its reprehensible debt-trap diplomacy.

With the EU signing the pact, all such accusations would amount to nothing as Politburo will push the narrative that ‘if EU can sign the trade deal with us without any fuss, then you can too.’

China has successfully managed to drive a wedge between EU and the US. It would be curious to see how Joe Biden manages to get himself out of this tangle. However, if Biden goes anymore soft on China, as the experts are predicting him to be, then it could spell the death knell for the new world order that emerged in the wake of COVID-19 to counter China and its neo-colonial ambitions.