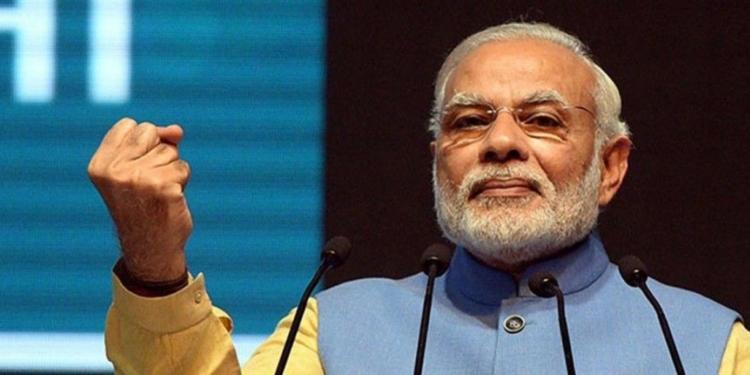 2020 was a landmark year in the sense that the world came to a standstill and the art of diplomacy which is intimately connected to close contact metamorphosed into a virtual format where world leaders took landmark decisions sitting in front of their computer screens. While humanity battled an enemy, one billionth in size to humans, the world governments had their task cut out in dealing with other vicissitudes of problems that tend to be part of the normal routine. And this is where India’s Prime Minister Narendra Modi stood miles apart from the leaders of the globe.

PM Modi did not travel abroad for any foreign diplomatic trips, the last he did was in December 2019 when he went to Brazil. However, the PM did not let the excuse prove any hindrance in his foreign diplomacy. He was one of the first leaders that pioneered the art of ‘Virtual bilateral summit’ when he conversed with Australian PM Scott Morrison and signed mutually beneficial bilateral agreements, in June, last year.

Read more: Containing the Chinese threat: Navies of India and Australia all set to access each other’s ports

After coronavirus brought our tiny blue dot of a planet to a screeching halt, with millions of Indians stranded in alien, foreign lands, away from their loved ones, PM Modi signaled the start of ambitious and the historic ‘Mission Vande Bharat’ to bring them back to the Indian shores.

According to government data, state carrier, the Air India Group alone operated 93% of the total 6,500 flights under Vande Bharat and ferried more than 10 lakh passengers from across the planet.

While the entire world cast a pall of gloom over India and its supposed inability to contain the virus, owing to the huge population, the PM of the country led from the front and ensured that India performed much better than the so-called ‘first world countries’.

India has amongst the lowest fatality figures when compared to other countries. For every one million COVID-19 cases, only 107 Indians have had to lose their lives, which is significantly less than, say, the numbers of a country like the USA where 1057 Americans lose their lives.

And it wasn’t only about sending a message to the global audience that India had the determination and the expertise to contain the virus, it was also an answer to the naysayers and ardent detractors of the Modi government who had predicted some hundred million cases by July 2020.

Read more: Higher recovery rate, lowest mortality rate: India’s fight against Corona is a model for the rest of the world

The year 2020 was a new chapter in the Sino-Indian rivalry as well. New Delhi gave a tight slap to the wussies of PLA and forced them to a standoff in the frosty, wintry, and sub-zero temperature conditions of Ladakh. Despite being ambushed near the LAC in one of the first skirmishes of the year, the Indian army hit back strongly and to date, the Chinese autocracy has been afraid to release the number of PLA soldiers who lost their lives in the conflict.

From cornering the Chinese in the Pangong-Tso area to capturing Helmet Top and Black Top peaks, the faith showed by the Union government was reposed in good measure by the Indian army. These peaks were unoccupied since the 1965 war and therefore by bringing them under the Indian flag, a clear message was sent to the Politburo of Beijing that India was not a neighbor, to be messed with.

Read more: First Galwan, now Pangong Tso – China is a major coward when it comes to continuing a real fight

The war at the border continued in the mainland as well where the government came down heavily on the Chinese apps. TikTok, PUBG, and several hundred money-minting apps for the CCP which supposedly harvested the data of Indian users were shown the door by the Modi government. As a result, Tencent, Alibaba, and other Chinese tech giants had to incur losses running in millions of dollars.

China was further left in the lurch when India invited Australia to the Malabar exercise in the Bay of Bengal, thereby effectively stamping the Quad as a military organization that has its aim set on freeing the Indo-Pacific as well as South China sea from the clutches of Xi Jinping.

Read more: Welcome Australia, US and Japan! The QUAD will be conducting a joint naval exercise in India’s backyard

It was in 2020 that the Indian Navy also deployed a warship in the South China Sea and sent a stern message to Beijing that New Delhi will not only adopt a protective policy but will now increase its military presence in the region to respond to PLA-Navy’s aggression.

Russia and Japan, the two allies who have held an important position in India’s Indo-Pacific policy were also seemingly brought together by India. New Delhi proposed a joint investment with Japan in Russia’s resource-rich Far East to bring Russia and Japan together. Through this, India had given the message that it is in favor of normalizing relations between Russia and Japan so that a united strategy can be chalked against the common enemy, viz. China.

Read more: China had its eyes on Russia’s Far East, now India and Japan have teamed up to kick China out

India’s notorious terrorist neighbor Pakistan was decoupled from its Arab masters after the former tried to rake the issue of Kashmir on the world stage. Although it was Pakistan and its high command’s hara-kiri decision making of siding with Turkey and China that angered the Arab world, it was India that sowed the seeds of discontentment amongst the lot.

The Arab world is much closer to India than Pakistan which is nowhere to be seen, albeit it is running from pillar to post to pay the loan amounts of KSA by taking another bout of inflated interest-rates laden loans from China.

Read more: That Pakistan has lost the support of the Arab world and India has gained the same is haunting everyone who matters in Pakistan

On the contentious issue of Islamic fundamentalism, India under PM Modi drew a clear line. When French President Macron came to the target of Pakistani PM Imran Khan and Turkish President Erdogan, to wage war against Islam, it was India that first stood up and showed its solidarity with the European nation. The Modi government of India gave its open support to France and promised to stand together in the fight against radical Islamic terrorism.

Read more: PM Modi uses the example of France to start the much-awaited crackdown on radical Islam in India

India under PM Modi made sure that countries such as Sri Lanka and the Maldives were freed from the clutches of Dragon. After a momentary blip in the relations with Nepal, the Himalayan country and its Prime Minister KP Sharma Oli had an epiphany and he has turned towards India as well. The same was the case with Bangladesh.

The foreign diplomacy of PM Modi and S Jaishankar has been a masterclass in the year just gone by. Limited by the scarce resources and the conundrum of our times, the Centre rose above it all and did a lot more than what experts could have predicted at the beginning of the year 2020.

After a historic defence budget, Japan fills up its shopping cart with pilotless fighter planes and missiles— All aimed at China