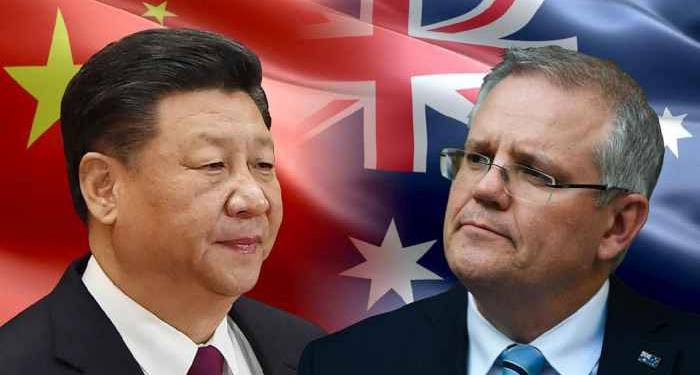 2020 has been the year of diplomatic stand-offs. With the historic escalation of tensions between the democratic United States of America and Communist-authoritarian China, free countries across the world have been getting locked into diplomatic stand-offs with Beijing. But nothing beats the high voltage Sino-Australian diplomatic tensions, amid which Morrison’s diplomacy truly won.

Australia’s PM Scott Morrison made the China-gamble, by calling for an independent inquiry into the origins of the Wuhan virus outbreak. When China retaliated with a trade war, Morrison started getting questioned by China apologists for the economic risks that he took by rebuking the Communist nation. But now that 2020 has come to an end, it seems that Morrison has succeeded after all. In fact, he now enjoys veto power over all decisions concerning China.

Earlier this month, Australia’s Federal government introduced new legislation. It enables the Commonwealth to axe agreements with foreign powers in case they are deemed harmful.

Morrison is now using the enabling legislation as a weapon against China. He has a veto power to overturn any agreement in Australia with the Chinese government at any level. So, Morrison can truly decouple Australia from China. And he doesn’t even have to worry about his detractors.

Criticising and exposing China was a major economic and political risk on Morrison’s part. The Australian economy has been highly dependent on China, given that Canberra enjoyed a huge trade surplus over Beijing worth $57 Billion. Many of Australia’s exports were more or less dependent on the Chinese market.

He accused Australia’s Prime Minister of exploiting the China issue politically. Putting up a disgusting defence for China, he said, “Of course, we need an inquiry but the way in which our Prime Minister went about that was offensive to the Chinese. They did believe they were being targeted.” Similarly, another Labour MP, Shaoquett Moselmane, praised Chinese President Xi Jinping’s “unswerving leadership” in battling the Coronavirus Pandemic.

But Morrison has nonetheless managed to overpower his opponents. Throughout his diplomatic spat with China, the Australian PM maintained that he will never trade his country’s values “in response to coercion from wherever it comes.”

The economic effects of the Sino-Australian rivalry have also subsided, as iron ore demand and prices in China have shot up in recent months. Xi imposed trade barriers against a number of Australian products, but he couldn’t target the iron ore coming from down under due to lack of alternatives. Australian miners are thus cashing in on the paper Dragon’s iron ore crisis.

Scott Morrison kept his cool when he was being criticised for taking a tough stand against Beijing. Yet, he has emerged as a clear winner, even as his China-gamble has paid off brilliantly.