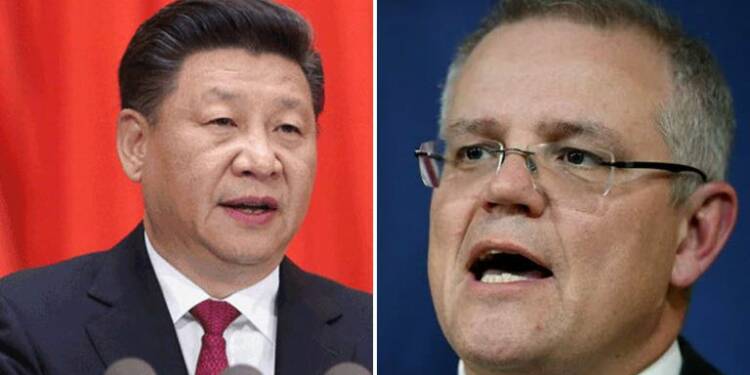 Chinese President Xi Jinping wanted to destroy the Australian economy with a brutal tariff war. But now it seems that China’s shenanigans have backfired in a big way. China’s bid to invest heavily in infrastructure and construction projects in order to revive its COVID-hit economy has led to a sharp rise for steel demand in the Communist nation.

The immediate consequence of high steel demand has been higher iron prices. And unfortunately, iron ore is the key commodity that China imports from Australia. In the recent past, Beijing has imposed tariffs on a broad range of Australian products- coal, barley, wine and lobsters. But now its Australia’s turn to take revenge on China, as the latter remains desperate for Australian iron ore.

China sources 60 per cent of its iron ore imports from Australia. Australia itself is a world leader in iron ore production and exports, with miners like Rio Tinto, BHP and Fortescue dominating seaborne trade in the strategic mineral. Their only main competitor is Brazil’s Vale. But presently Vale is not operating at full capacity, due to a dam disaster at one of its sites in January 2019, and more recently, due to the Pandemic and incessant rains on its production.

China’s dependence on the Australian mineral has debilitated Xi’s campaign of hurting the Australian economy. Iron ore constitutes 40 per cent of Australian exports to the Communist nation. But the proportion is bound to rise even further as the mineral’s price keeps rising.

Earlier this month, iron ore prices reached a one-year high of $160/t, drilling a hole in the pockets of Chinese steel mills while making Australian miners richer. Within China, there is a growing concern that Australia has started weaponising China’s iron ore dependence in order to take revenge upon Beijing.

The Chinese Iron and Steel Association (CISA) has cried foul and called for government intervention. The issue is that China buys iron ore from Australia in an open market, unlike the decades-old annual price and tonnage setting system between Japan and Australia.

On the other hand, the Scott Morrison administration in Australia is unlikely to rescue Chinese steel mills in the context of ongoing Sino-Australian rivalry.

But the true challenge for the Chinese steel industry will crop up when Canberra starts finding new destinations for its iron ore exports and abandons the paper dragon. As we saw in the case of Australian coal- China’s unofficial ban on the product first led to a slowdown but things picked up soon when the Scott Morrison administration found new homes for coal exports.

China isn’t going to impose any tariff or other trade barriers on Australian iron ore, because there is simply no other alternative that can meet China’s rising demand. Nevertheless, it is time for Canberra to take revenge. Australian miners can keep slowing down iron ore exports to China and push the mineral’s price even further in order to punish Beijing.

Higher iron prices are going to make steelmaking in China costly, which will further make Xi’s bid to revive the Chinese economy through infrastructure building a very expensive affair. If Australia can also divert its iron ore exports to other markets, then China’s steel may as well have to scale down and give up on its leadership in global steel production.

Donald Trump and five other heroes of 2020