‘Take the CCP vaccine even if it kills you,’ China forces failed vaccine on its people 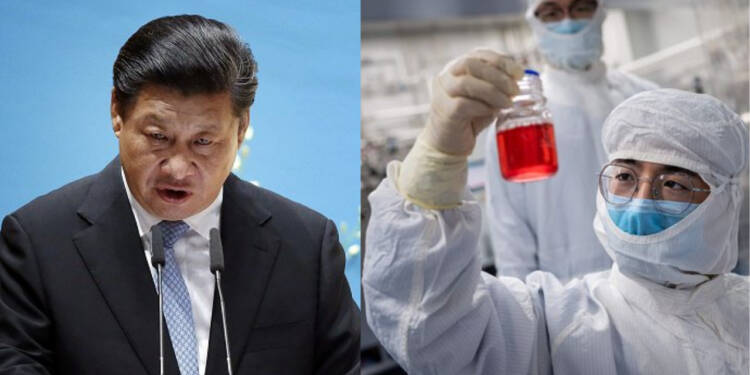 The Chinese Communist Party knows no bounds of shame. After trying it’s hardest to bully the whole world in general and its neighbours in particular, it has now turned on its own citizens. Now, it is forcing its own citizens to take the vaccine which has not been approved the world over. In a way, after being turned down from all over the world, Beijing has turned its own citizens into lab rats. As per news reports, China’s health regulators said that they have given conditional approval to a coronavirus vaccine developed by state-owned Sinopharm.

After the whole world has turned down the Chinese third phase experimentation to be conducted on their citizens, China is desperate to get its vaccine sold and this time, it has turned on its own citizens and without any internationally recognised research or auditing. It has fast forward it to the vaccination stage, where it will be using these vaccines on its citizens as part of its effort to vaccinate 50 million people before the Lunar New Year holiday in February.

Here, it is to be noted that the vaccine in question has received conditional approval, which means the research is still underway, and as per news reports, the company will be required to submit follow-up data as well as reports of any adverse effects after the vaccine is sold on the market. It may have made sense for the deputy commissioner of the National Medical Products Administration, Chen Shifei as he told this in a news conference, but all of us will be shocked if the same had been the policy of any of our governments.

The Chinese official, in the most articulate way, had basically told the media that the Chinese Communist Party will be conducting research on its own people and the company will need to report the adverse effects of the vaccine( which may include deaths and related things).

China has also been trying to sell its vaccines all over the world and with only 50% efficiency, China has now resorted to what it does best – fudging data. And to publish false and fictitious data of CoronaVac’s efficacy, Chinese company Sinovac Biotech Ltd. has now asked its Brazilian partners to withhold release of complete data. While the company has been sent packing from many countries, it has now resorted to test its vaccines and even sell the same to its own citizens. Quite literally shoving it down their throats.

Read more: Chinese vaccine fails in Brazil, but China is ready to fudge data to sell it.

At a time when the countries are trying to find the best possible vaccination for their countries and get them in good health, China, being the genesis of the pandemic is not at all considerate of its own citizens. Also when the world is going beyond the thought of profit and loss, China doesn’t want to waste its vaccines and thus, it is giving precedence to profit margins more than the lives of its citizens. As a result, it is ready to even risk killing its citizens if it can reduce the losses incurred due to other countries not buying the vaccines.