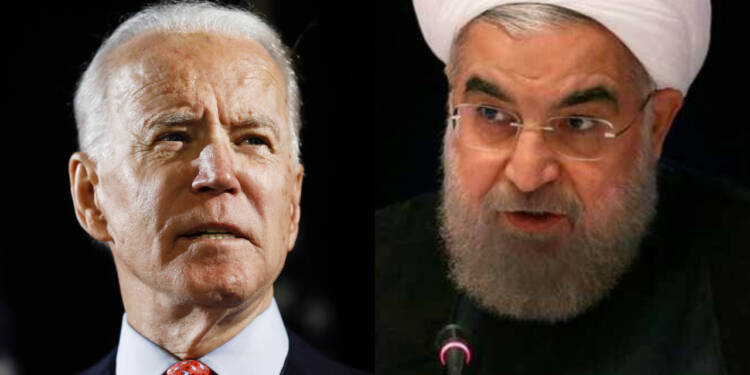 In little more than two weeks, Democrat Joe Biden will be receiving the keys to the White House. However, before he assumes the chair in the Oval Office, contentious issues have started to spurt out and the biggest among them is Iran. The volatile middle eastern country of Iran on the first death anniversary of Iranian general Qasem Soleimani has sent a stern warning to the USA, Donald Trump, and specifically, Joe Biden — implying that the septuagenarian has a tricky accession to the President’s chair, come January 20.

Iran on Monday claimed it had seized a South Korean chemical tanker near the Persian Gulf.  According to news reports, Iran’s Revolutionary Guards said they had taken control of the South Korean vessel, the Hankuk Chemi, and it’s 20 crew because it was “polluting the Persian Gulf with chemicals”. The tanker is being held at Iran’s Bandar Abbas port city where the vessel’s crewmembers, including nationals of South Korea, Indonesia, Vietnam, and Myanmar, have been detained.

The pre-mediated abduction of the shipping vessel comes against the backdrop of rising tensions between Iran and the Trump administration. Furthermore, to rile the US, Tehran announced that it had resumed enriching uranium to up to 20 per cent purity, a significant breach of the 2015 nuclear accord, thereby reducing the time it would take to manufacture the nuclear bomb.

“Iran enriching uranium to 20 per cent at Fordow is a clear attempt to increase its campaign of nuclear extortion, an attempt that will continue to fail. The United States and the international community will continue to look to IAEA inspectors to report the facts on the ground,” a US state department spokesperson said.

With Trump using his “maximum pressure policy” to keep Iran under the thumb by levying heavy sanctions, Tehran had nearly reached the breaking point. US intelligence hawks overseeing the development had predicted if Trump remained in power for four more years, Iran could have practically wilted under the extreme duress and given up on its aspirations of developing a nuclear bomb.

The COVID-19 pandemic had played right into the hands of Trump as Iran’s flailing economy could not carry the weight of its egotistical leaders who are hell-bent on avenging the loss of QasemSoleimani and to some extent nuclear scientist Mohsen Fakhrizadeh, who, according to several claims, was assassinated by the Israel special forces, in November last year, at the behest of USA.

Read more: Netanyahu makes sure that Trump’s unfinished work is finished by Biden if he comes to power and that US and Iran don’t come close

However, after Trump’s defeat and Joe Biden’s election, Iran’s eyes have lit up at the prospect of once again sitting across the table from the US President and discuss the nitty-gritty of the nuclear deal.

It is pertinent to note that Biden is expected to employ the strategic patience virtue while dealing with Iran, much alike former Democrat President Barack Obama. The rogue nation of Iran knows that Biden’s leadership is weak and therefore Tehran is engineering the aforementioned events to push the Biden administration on the back foot, even before it takes the center stage.

There is no guarantee that Iran would go back quietly and surrender its nuclear armament if Joe Biden decides to reinstate the nuclear deal. History has taught us that even when the Joint Comprehensive Plan of Action or JCPOA was in force, Iran continued to develop its nuclear arsenal covertly.

Trump has set the roadmap for Biden and if he tries to take a volt face on the issue, Iran would emerge as an even more dangerous enemy in the already delicate region of the Middle East. Removing the sanctions would mean giving breathing space to Iran to speed up its nuclear program. Biden is capable of making such brain-fade decisions and therefore the world will have to watch and wait with bated breaths as to how the Democrat President-elect plays this conundrum.