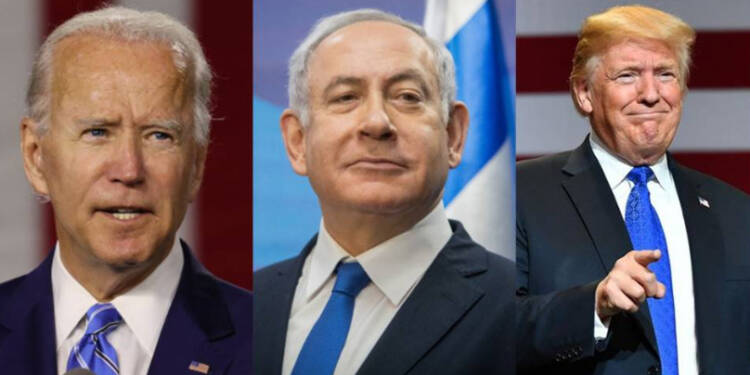 The purported victory of Joe Biden in the United States’ presidential polls will have serious geostrategic consequences around the world. While some countries will be dictated by a Biden administration about the levers which they are to employ in their foreign policy, others will authoritatively make a geopolitical-walkover by a Biden administration nearly impossible. Israel, for one, is definitely not a nation which is expected to toe the Biden line on a variety of issues, particularly those which directly or indirectly involve Iran, unless to the benefit of Tel Aviv.

After a meeting with the US National Security Adviser Robert O’Brien and the US’ ambassador to Israel David Friedman, Prime Minister Benjamin Netanyahu on Sunday said it would be a mistake “to go back to business as usual with Iran.” Netanyahu praised US President Donald Trump and thanked his team for “excellent” diplomacy with Israel and brokering “peace and cooperation” between Israel and other countries in West Asia.

What was interesting, however, was the fact that roughly a month before Joe Biden is slated to be inaugurated as the 46th President of the United States, Netanyahu reminded the President-elect that Israel will vociferously oppose any move to mainstream Iran by lifting sanctions imposed on it or by reinvigorating the nuclear deal which Trump had pulled out of. In a series of tweets, the Israeli Prime Minister made his intentions viz. Iran is absolutely clear.

Read more: With Supreme Leader Khamenei down with ‘illness’, Iran is all set to turn into a full-fledged military regime

“…The Islamic Republic of Iran is still a nasty neighbourhood bully. But, if unchecked, tomorrow Iran will arm itself with nuclear-tipped ICBMs that can target Europe and America and it will become a global bully, which will endanger everyone,” Netanyahu said. With utmost conviction, Netanyahu went on to say that Iran must be prevented from getting its hands on nuclear weapons.

And as long as Iran persists in its dangerous quest for nuclear weapons, and the means to deliver them, we shouldn't go back to business as usual with Iran. We should all unite to prevent this major threat to world peace.

All this must be prevented and all this can be prevented. On this, all America's friends in the region agree, and I know Robert that you agree as well.

To the same effect, Iran and its top leaders believe that it was, in fact, Israel in partnership with the U.S. which assassinated the Shi’ite country’s top nuclear scientist – Mohsen Fakhrizadeh. The head of research and innovation at Iran’s Ministry of Defense Mohsen Fakhrizadeh had a major role in the country’s nuclear program. His killing, which many are attributing to Israel’s Mossad, means that the nuclear programme of Iran has suffered a serious setback.

Joe Biden has himself expressed his enthusiasm on re-joining the nuclear deal if Iran agrees to strict adherence and non-development of nuclear weapons. Trump had pulled out of the same due to the precise reason of Iran not obeying the terms of the deal, and instead of going on with its nuclear missile program. In fact, Benjamin Netanyahu has said in no uncertain terms that the deal will not prevent Iran from developing a nuclear weapon, while also failing to address other belligerent Iranian behaviour, such as its support for proxies across the region and its development of long-range missiles.

A Biden administration lifting the foot from Trump’s maximum pressure policy will inevitably invite an empowered Iran to pursue its nuclear program with renewed vigour, something which is not acceptable to Israel, other major powers of the region, and the world at large as well. Therefore, Netanyahu with his latest statements has made it clear that when it comes to Iran, Joe Biden must toe Israel’s line, and not the other way round. The need of the hour is to have a definitive Iranian policy, one which remains immune to Presidential changes in the United States.