With Supreme Leader Khamenei down with ‘illness’, Iran is all set to turn into a full-fledged military regime 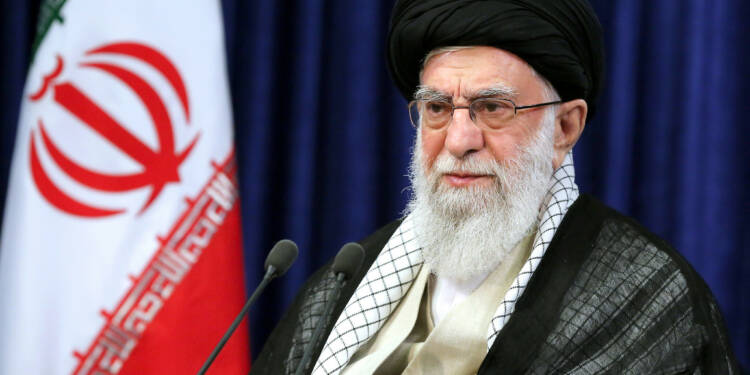 Iran’s Supreme leader, Ayatollah Ali Khamenei has reportedly delegated all powers upon his 51-year-old son, Sayyid Mojtaba Hosseini Khamenei due to his ill-health, which has taken a turn for the worse in the past few days. Mojtaba Hosseini Khamenei, who currently oversees several important security and intelligence departments in the country has been projected as the 81-year-old Ayatollah’s successor quite a number of times, although such a transfer of power happening was seen as a near impossibility with the Iranian constitution mandating that a Supreme leader only be elected by the Assembly of Experts, which currently consists of 88 ayatollahs.

In the interim, the Constitution of Iran also lays down that the country be administered by a provisional leadership council, which would consist of Iran’s president, chief justice and a member of the guardian council. With Ayatollah Ali Khamenei’s health deteriorating and his son stepping in as a formality, for now, the Islamic Revolutionary Guard Corps (IRGC), the all-important ‘protectors’ of Iran will be looking to milk the opportunity being presented to them, and perhaps even install their own leader to the position, or someone who would serve as their proxy.

A multiplicity of factors contributes to such reasoning of the Islamic Revolutionary Guard Corps wanting to take complete control over the Shia-majority nation. Iran right now is a dejected and hopeless nation; whose economy has very well tanked. Additionally, it is being humiliated since the beginning of this year with high-profile assassinations. Nuclear scientists, all-important generals among others have been assassinated by Iran’s enemies. Essentially, the IRGC is now itching to take control over the country, and restore the pride of the Iranian nation and its people, which the civilian government of President Hassan Rouhani, overseen by Ayatollah Khamenei, has miserably failed at.

The IRGC has been slowly, yet certainly been working towards wresting control over all of Iran’s affairs. The force is already not particularly apolitical. The IRGC has penetrated the political circles of Iran. According to Foreign Affairs Magazine, two-thirds of the parliament’s presiding board are either former members or still affiliated with the IRGC. The IRGC does not hold many companies directly but it has installed board members in several companies.

Why has such an entry of the IRGC into Iran’s politics been mandated? For the simple reason that many within the Islamic Revolutionary Guard Corps are tired of being humiliated. With an economy in the doldrums and Iran’s geopolitical heft nearly non-existent, the IRGC is keen to resuscitate Iran’s glory. When the U.S. killed General Qasem Soleimani, who was by far Iran’s second most-powerful leader after Ayatollah Ali Khamenei, the IRGC was assured that they would get the opportunity to avenge their commander’s killing. Such vengeance, the IRGC has till date not been able to extract. Instead, it has continued to witness first-hand the assassination of Iranian heavy wights, the most recent being the killing of the country’s chief nuclear scientist Mohsen Fakhrizadeh, on November 27, allegedly by Israel.

The U.S’ maximum pressure policy is in any case choking Iran, as the sanctions-induced economic bloodbath for Iran refuses to die down. Even as the Trump administration continues to reign fire upon Iran, the Arab world is increasingly, under the aegis of the U.S. of course, signing the Abraham Accords and growing friendly ties with the Jewish state of Israel, which was earlier looked upon as an arch nemesis by both the Sunni and Shia Muslim world. With such strategic re-posturing between the U.S., Arab World and Israel, Iran really becomes the consolidated foe in West Asia. The same regional isolation of Iran is also a major cause of worry for the IRGC.

Read more: The unholy alliance between Turkey and Iran and why it will not last

Israel, of course, will continue to work towards ensuring that Iran does not develop a nuclear arsenal for itself. The IRGC, on the other hand, wants to have a much more radical policy against the U.S, Arab world and Israel, and getting a nuclear bomb for Iran tops that policy. Essentially, the IRGC is now expected to strive for either a full-blown Islamic military regime in Iran, where someone from their ranks becomes the Supreme leader, or the IRGC could also work for a quasi-military setup, where the Supreme leader operates at their behest.

A lot of damage has been caused to Iran by the Trump administration. However, the Shia-country is now beaming with hope with regards to Joe Bien taking over as the President of the United States, thereby gifting Iran with a nuclear-deal and lifting sanctions from their ravaged economy. While Trump had withdrawn from the Iran Nuclear Deal of Obama, Joe Biden, Tehran hopes, will rework the same. Whether the same comes with a caveat from Biden, for the IRGC to behave itself, is yet to be seen.

With US abandoning Afghanistan and China entering at the same time, Putin is set to make his big Afghanistan move