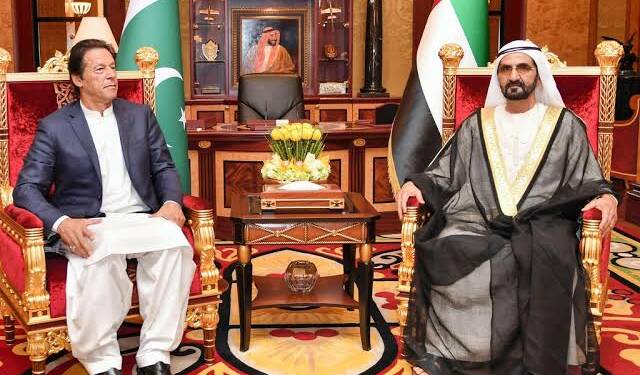 A geopolitical storm, which was brewing for a long time, has come to hit the Middle East. The rift between Arab and Non-Arab Muslims is fast turning into a confrontation. In a recent move, the UAE has suspended the issuance of visas to Pakistan, Turkey, Iran and nine other countries. Pakistan’s Foreign Office spokesperson Zahid Hafeez Chaudhri confirmed that it was the case, and said that the decision may have been related to the advent of the second wave of COVID-19.

It becomes obvious that the case is a little bit different as the countries on the list have a long history of not so friendly relations with the UAE. This action is part of the increasingly frequent measures which the UAE among other Arab countries is taking to decouple itself from the rest of the non-Arab Muslim world. While the Arab world is welcoming change and is absorbing progressive characteristics from western countries, it consequently is modernising Islam right at its birthplace. On the other hand, non-Arab Muslim countries are hell-bent to decelerate the process of change and drag the societies back into the dark ages of medieval Islam, which they believe were the golden ages.

The interesting thing about the decision by the UAE is the addition of Pakistan together with Iran and Turkey, thus coupling a long-held friend (Pakistan) with eternal enemies. This measure comes just days after UAE has upped its actions against Pakistan as it has shied away from recognising Israel. The other countries on the list include Iran and Turkey among others and the enmity of the Arab world with Turkey and Iran is now an established fact. The decision encapsulates the current conflict in the Middle East perfectly. It covers all the countries which are rigidly against any progressive change in the Islamic world.

This decision clearly shows that Arab countries are now abandoning Islamic fundamentalism by adopting a progressive approach compared to non-Arab countries. While non-Arab Islamic countries, at the same time, are galvanising all the fundamentalists and trying to stall the efforts of Arab nations, thus, the tug-of-war has turned into an ideological battle between Arab Muslim countries and non-Arab Muslim ones.

The UAE, along with other Arab counterparts have taken a slew of progressive measures and are also encouraging Muslims to understand that the need of the hour is to expand and improve their world view.

However, non-Arab Islamic countries are not buying the argument and instead are providing a standing ground for the fundamentalist and extremist strain of Islam. These are countries that have become Islamic countries after their populations converted to Islam a lot later than the original inheritors of the religion. These developments also signal a division in the Organization of Islamic Cooperation that is, the OIC. The OIC has also stopped giving importance to bilateral issues, like the Pakistani reservations regarding India, due to which the terrorist agenda of these non-Arab Muslim countries have been decimated. The raising of the Kashmir issue by Pakistan in the OIC is an evergreen example.

The bigotry of non-Arabic countries no longer has takers in the Arab world. The Abrahamic Accords signed by Bahrain and UAE with Israel are an example of the same. The conflict between these countries was so long and consistent that Israel and the UAE could never be friends. But the Abraham Accords have proven that the Arab world has de-hyphenated the Israel-Palestine conflict and individual bilateral relationships between Israel and Arab countries. Saudi Arabia is also moving in this direction, as all the recent flights from Bahrain and UAE to Israel and back travel through Saudi air space and would not have been possible without its permission. Thus, there are chances that Saudi Arabia and other Arab countries will also strengthen ties with Israel.

Read more: Turkey is the biggest loser in the UAE-Israel peace deal and it just can’t stop whining about it.

With these developments, Arab countries are pressuring Pakistan to recognise Israel as Islamabad has long enjoyed economic and other supports from the Arabian countries. However, non-Arab countries will likely keep the Palestine issue hyphenated and many of these countries have criticised the historic Abraham Accords.

A great example of Muslims in non-Arab Muslim countries supporting regressive ideology within Islam comes from France, where President Macron took action against radical Islam, while countries like Turkey and Pakistan protested against President Macron, used derogatory language against him and started boycotting French goods. All this to support Islamist terrorists.

However, countries like Saudi Arabia and UAE openly supported French President Emmanuel Macron and the people of France in their fight against radicalism. This shows that Arab countries are now adopting the progressive idea of ​​abandoning fundamentalism, while countries like Turkey and Pakistan are adopting bigotry and digging a hole for themselves, instead of paying attention to development.

Read more: The home of the holiest places of Islam is supporting France. The fresh converts are supporting terrorists.