The home of the holiest places of Islam is supporting France. The fresh converts are supporting terrorists

Saudi Arabia has condemned the terror attacks in France 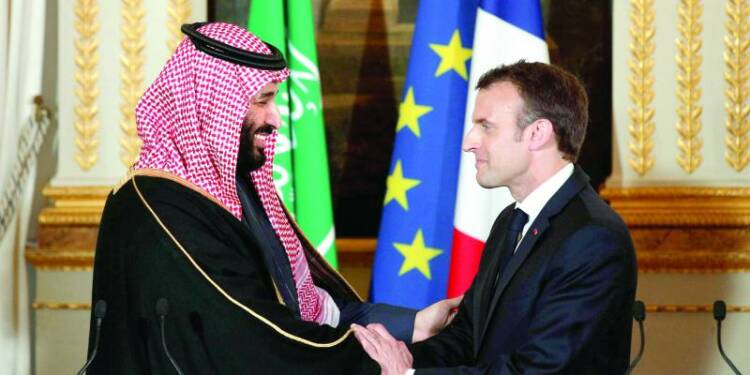 Saudi Arabia has come out with the most responsible and mature statement and condemned the terror attacks in France while reaffirming the importance of rejecting practices that generate extremism. The condemnation came in the backdrop of a terrorist attack near Notre-Dame Church in Nice, which took the lives of three people and injured several others. While Saudi Arabia (the country which hosts two of the holiest place of Islam) has condemned the terrorist attacks, many other countries which are recent converts to Islam (in the historical sense) are taking the side of the Islamist terrorists.

Earlier after the beheading of a French history teacher Samuel Paty, Saudi Arabia had strongly condemned those terrorist attacks, and these condemnations are now reaffirming its stand. Saudi Arabia’s foreign ministry has condemned the Nice Islamist terror attacks. The foreign ministry statement read, “The Kingdom reaffirms its categorical rejection of such extremist actions that are incompatible with all religions and human beliefs, and stresses the importance of rejecting practices that generate hatred, violence and extremism.”

These statements have made it clear that Saudi Arabia stands with the civilized world in criticising extremism in all forms as well as terrorism. It makes Saudi Arabia the first major Islamic nation which has come out in open support of France in the wake of frequent Islamist terrorist attacks. Whereas countries like Turkey, Pakistan and Malaysia stand entirely against France and are supporting the Islamist fundamentalist terrorists.

The interesting fact is that the countries whose leaders sport western attire and portray themselves as westernized, were expected to be the flag bearers of modern Islam, detaching themselves from the regressive Islamist fundamentalists and terrorists. On the contrary, they are the ones coming in support of the terrorists who went on a beheading spree in France.

Read more: A pattern that cannot be missed: Countries of “Fresh Islamic converts” are protesting against France the most.

The country which is the embodiment of the most conservative form of Islam, Saudi Arabia, is standing up for peace & sanity. Instead of pandering to the fundamentalist Islamists, they are setting an example for the whole Islamic Ummah. The Kingdom of Saudi Arabia is being the reformist state by taking a stand against the Islamist fundamentalists.

Riyad has managed to contain the anti-France sentiment within the country and did not toe the line of Islamist extremists which Turkey and Pakistan are propounding day in and day out. They have shown great sagacity in taking a moderate line which can provide an argument counter to the extremist Islamist one.

However, the fresh converts, the countries which have been historically very recently become Islamic and do not have the civilizational identity like the Arabs do, have been at the forefront of supporting the terrorists and the Islamists. One would expect that countries, where Islam is a recent occurrence, would become the real bringers of transformation in Islam by denouncing extremist Islamists and fundamentalists.

At a time, this was the case when Turkey led by Kemal Ataturk became a western secular state, post the first world war. However, under the leadership of Erdogan, all the progress is being undone, and Ankara is trying to bring back the religious extremist days of Ottoman Empire. This regressive regime in Turkey is supported by the world’s terrorist capital, Pakistan and much of the Muslim leadership in South Asia.

Pakistan’s Prime Minister Imran Khan’s support for the Islamist fundamentalists and defence for terrorists was followed by a series of tweets by the former Malaysian PM Mahathir Mohamad. The dichotomy is that Mahathir Mohamad has earlier been hailed as the Muslim leader with a modern understanding of the world and even been bestowed with Jawahar Lal Nehru Award for International Understanding. But the old age is making him show his true ideals.

Read more: ‘Muslims have the right to kill millions of French people, ‘ Mahathir Mohamad joins Erdogan in Jihad against France.

Countries like Pakistan, Turkey, Malaysia among others are proving the point of TFI’s earlier article. These countries with a recent history of Islam have been trying to go above and beyond just to prove their allegiance to Islam even if it needs to support the terrorists and murderers. It is a very saddening trend, as these people were thought to be the representatives of modernity in Islam.

From Turkey to Malaysia and in South Asia, when the Muslim population is protesting against the French retaliation on the Islamist terrorists, the voice of sanity and leadership is coming from the most unlikely place, the country, which holds two of the holiest places in Islam, that is, Saudi Arabia.