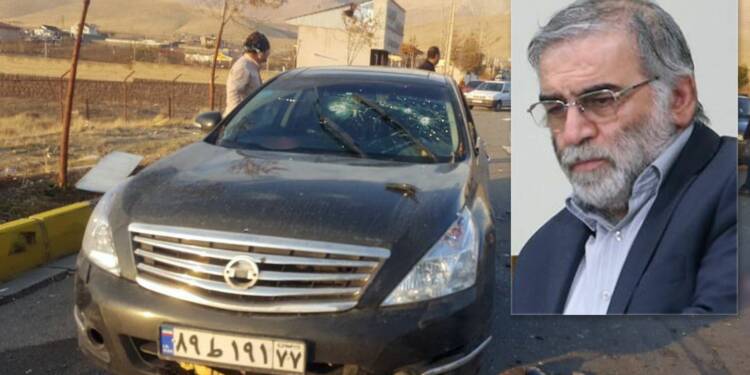 The year 2020 is full of surprises and especially so for Tehran as their top nuclear scientist Mohsen Fakhrizadeh linked with its military nuclear programme was assassinated the same year, when its top military commander Qassem Soleimani was bombed to death. It has led to some sharp allegations from the Iranians and they are alleging that the blood is on the hands of the USA and Israel.

The head of research and innovation at Iran’s Ministry of Defense Mohsen Fakhrizadeh had a major role in the country’s nuclear program. His demise means that the nuclear programme of Iran has suffered a serious setback. However, this is nothing unprecedented and Israel has been trying its best to foil attempts by Iran to become capable in producing and utilizing nuclear weapons. Now with the USA coming out of the Iran Nuclear Deal and putting heavy sanctions on Tehran, the Israeli, and US interests are in perfect congruence.

The Trump administration has been realistically looking at the best way possible to stop the development of nuclear weapons for Iran and the assassination of the head scientist will be the best possible way to delay the process. Now with the Ayatollah also blaming the Israelis, we can say that it was a coordinated effort by the USA and Israel.

Iranian religious and military figureheads have threatened revenge for the killing of nuclear scientist Fakhrizadeh, who died in hospital after attackers gunned him down in his car in Ab-Sard, a suburb in eastern Tehran in what is being alleged a possible Israel’s Mossad led assassination.

The allies of the USA in the gulf and the Middle East have always wanted the region to be free of any one country possessing nuclear weapons as it will trigger a race and uncontrolled nuclear proliferation. As of 2019, the state of Israel is believed to be the only Middle Eastern country to possess nuclear weapons, and it would be strategically disastrous for it to have a sworn enemy to become nuclear-capable. Similarly, the USA would want for its allies in the oil-rich region to have all kinds of advantages and the military advantage is the most basic and important requirement to be the masters of a region.

Trump administration’s main objective for pulling out of the Iranian Nuclear Deal was because it knew that the deal lacked any substance and it was empowering Iran to continue with its nuclear programme without the fear of any sanctions. Because of the impractical nature of the deal, Trump administration has been looking for more effective measures to castrate Iranian objectives of becoming a nuclear power, be it sanctions, actions against Iranian generals, using dollar monopoly against it, among others.

Read more:Can the US attack Iran? Can Iran attack Israel? Will there be a change of president in wartime?

Whatever may be the case, this successful assassination has delayed Iran’s nuclear programme and it has altered Tehran’s economic and geopolitical calculations going ahead. This event has also dulled any possibility of recalibration of a nuclear deal and concretised the hegemony of the US and its allies in the Middle East.