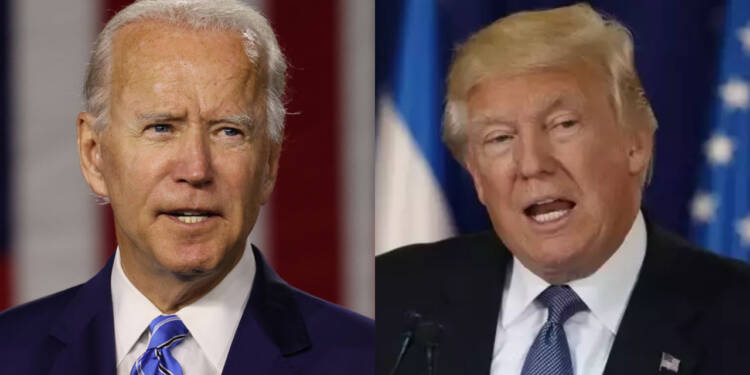 Even before taking over the White House in America and replacing Trump, Joe Biden had demanded a trillion dollars as part of Covid-relief package. “The price tag will be high,” Biden said of his planned package in Wilmington, Delaware. Amid the rising figures of job losses, Biden claimed that every unemployed person would get a paycheck of 2000 dollars.

Since the 1980s, America provided China with favourable conditions to grow because the crony-capitalists based in the country wanted cheap labour to outsource production. China was ranked at 10th position in the list of countries by GDP in 1980 and, within three decades, it rose to become the second-largest economy in the world in 2010.

However, the Obama administration was too naive and too weak to see the rising threat of China until Donald Trump mainstreamed the view that America’s supremacy is under threat. Donald Trump came to power on the anti-China campaign and right from his first day in office, Xi Jinping started feeling the heat.

In the last four years, the Trump administration not only made the American people aware of the threat posed by China but also took actions to mitigate the rise of China and ‘Make America Great Again’.

However, he was defeated in the 2020 elections, which were a mockery of the electoral system. The Washington establishment- the Deep State that runs America since the last few decades- wanted to see him out of the White House at any cost- and they succeeded in that!

But 20 years down the line, the people of the United States would realise the grave mistake that they made by dumping Trump – a leader truly American by heart. America placed a Communist in the White House and the President-elect Joe Biden now simply wants to steal from the rich through taxes and distribute it among the poor and unemployed people instead of focusing on job creation and getting employment back on track in the US.

Biden also plans to impose high taxes on energy companies which have grown exponentially under the Trump administration and became self-dependent in energy needs.

In collaboration with Big-tech and green energy companies, the Biden administration would kill millions of more jobs in the United States and destroy the economic might of America. The new administration would further eliminate the American middle class that has been on the losing end of globalisation, thanks to the shift of jobs to China.

America’s economy, which was picking up due to Trump’s policies, was hit hard due to the Coronavirus pandemic and is now growing at a pace much slower than China. The Socialist economic policies of the Biden administration is set to further weaken the American economy and, very soon, the Xi Jinping-led China would overtake it.

As per a report by the Center for Business and Economic Research (CBER), the Chinese economy is set to overtake America as the largest economy of the world by 2028. “For some time, an overarching theme of global economics has been the economic and soft power struggle between the United States and China,” the Centre for Economics and Business Research said in an annual report.

“The COVID-19 pandemic and corresponding economic fallout have certainly tipped this rivalry in China’s favour,” it added.

The Indian economy, given its internal capacity and the pace of economic growth, will also overtake the United States by 2040. The United States will become the third-largest economy in the world by 2040, thanks to the stupidity that America proved by voting out Trump in 2020.

In terms of Purchasing Power Parity, China and India are already set to overtake the United States by as early 2030.

China will race ahead of the United States and only India would have the internal strength and economic might to take on the paper dragon. The United States has thus, made a huge mistake by voting out Trump, for which the upcoming generations of America will pay a heavy price.