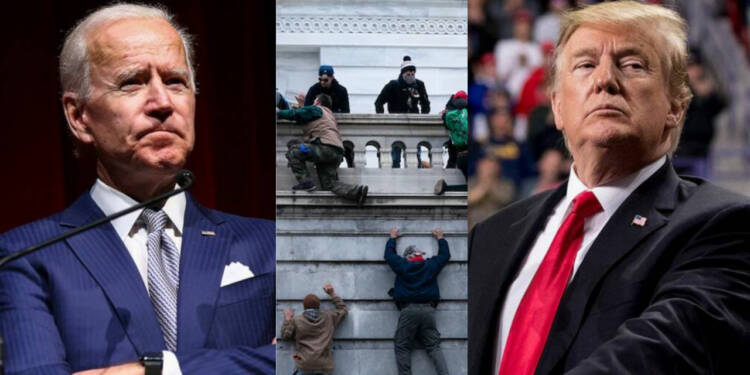 President Trump’s supporters are now facing the dangers of unemployment and discrimination in the public spheres. The rioters posing as Trump supporters, who stormed the U.S. Capitol Hill on Wednesday got their identities publicised in the media. This happened after Trump had deplored the violence on Thursday night. He had slammed the rioters for defiling the seat of American democracy. The incident was first in over 200 years when the Capital was desecrated.

The District of Columbia police department released the pictures of people who were involved in the Wednesday havoc and posted charges on them. Around 68 people were arrested after the angry mob had attacked the building and in the action, they broke windows, damaged the furnishing and stole furniture among others.

The Federal Bureau of Investigation had also asked the public to help in the identification of rioters. The leftists American were quick to respond and used social media to identify the participants through the selfies they had posted. The individuals who had previously been photographed at the Trump rallies were also apprehended quickly.

The massive security breach at the US Capitol was saddening and can never be justified. The violence engulfed four innocent American lives and dollars worth of public property loss. Even more, losses had happened earlier during the BLM riots in the US.

Those riots were appreciated by the Democrat party and were even supported by major Democrat leaders up to a great extent. The liberal media and opportunistic celebrities justified the violence which had become synonymous with the BLM scheme. The BLM is filled with extremist Marxism, the communist and anarchist propaganda that spread in the BLM rallies was intentionally ignored.

Read More: Donald Trump: The lion king who was hunted down by hungry hyenas

Americans who proudly claim to be the torchbearers of freedom and equality treated their own people differently. The Liberty and fraternity slogans got burnt to the ground when Trump supporters besieged the Capitol.

Those protestors thought that if BLM can get off easily after the ruckus they created it would be easy for them too. The upcoming Biden administration would not be able to become the government for the entire US.

It would be the government for a selected few who are ready to sell the US to China and likeminded for their selfish petty gains. It is clear that the US at the moment is the most divided it has ever been. The division is between the Trump supporters who want prosperity for Americans and those who want to bring it down.