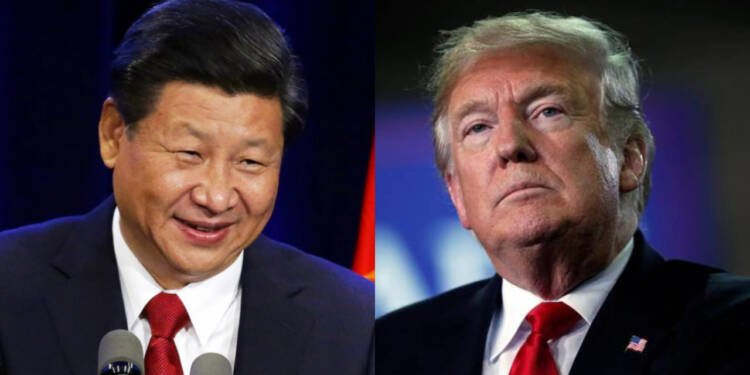 The Obama years were really bad if the Indian Ocean Region and South East Asia are considered. It was during his Presidency that the Sri Lankans went into the lap of the Chinese. However, the Presidency of Donald Trump saw a rethinking of the US foreign policy vis-a-vis the region.

The admission of the Indo-Pacific concept, and the rejuvenation of the QUAD as an organisation provided an alternative to the ever-increasing influence of China, which showed its fangs when the world was at its most vulnerable. However, with the Biden administration about to enter the office and with the possibility of him leaving them high and dry, the countries in the Indo-Pacific are losing hope, as well as, going back to appeasing China.

The vaccine diplomacy of China was a failure and no country was willing to buy any of the fraudulent arguments that it was serving them. However, since the days of the Trump administration near its end, the countries like Myanmar, Sri Lanka, Philippines, Indonesia and Malaysia are changing their tones and going back to appease the Chinese. As these countries do the cost to benefit analysis, may have realised that they cannot depend on the Democrats to have their back and thus, are drifting back into the Chinese corner.

If Wang Yi’s words are to be taken seriously, then, China will give Myanmar a batch of coronavirus vaccines for free, the Chinese Foreign Ministry announced on Tuesday, as the government’s top diplomat wrapped up a two-day visit to Myanmar. “China will continue to provide anti-epidemic materials according to Myanmar’s needs. We shall give a batch of coronavirus for free and will continue discussions on vaccine cooperation,” the Ministry said in a statement.

Indonesia gave Sinovac Biotech’s COVID-19 vaccine its first emergency use approval outside China on Monday as the world’s fourth most populous country launches nationwide inoculations to stem surging infections and deaths as reported by Reuters. Although the interim data from a late-stage human test of CoronaVac showed it is 65.3% effective, Indonesia’s food and drugs authority BPOM said – lower than figures in Brazil and Turkey which have yet to launch mass vaccinations.

Read more: The reason why Indonesia bought the Chinese vaccine despite its 60 odd per cent efficacy.

The country was not alone, as the Philippines too secured 25 million doses of COVID-19 vaccines developed by China’s Sinovac Biotech, with the first 50,000 expected to arrive in February, a government official said on Monday as reported by the Nikkei Asia. And Malaysia’s Pharmaniaga Bhd too has signed an agreement with China’s Sinovac to purchase ready-to-fill COVID-19 vaccines and later to manufacture the vaccine domestically, it said on Tuesday.

Indonesia and Sri Lanka are also taking actions on other fronts to get into the good books of the Chinese. As per reports, a USD 1 billion stainless-steel plant in Indonesia has received project financing from the Bank of China and a group of onshore and offshore lenders. The plant comprises a nickel mine, a 2.5 million metric ton per year stainless steel smelting plant, a 1,440 MW thermal power project and a 40 million metric ton multi-functional port. Whereas Sri Lanka’s current government says it wants to pull the plug on two multimillion-dollar infrastructure projects funded by Japan and guaranteed by its predecessor.

All these developments sound like music to the ears of the Communist Party of China, and rightly so. While the USA is busy in managing its internal problems and the possibility of the Democrat-led USA going back on all the Trump era promises is high, the smaller and vulnerable countries are deciding to get into the good books of China, before the USA leaves them high and dry. President Donald Trump was a realist in all his dealings; thus, many countries were able to work with him as he was not so much inclined to impose American political system onto its friends and allies.