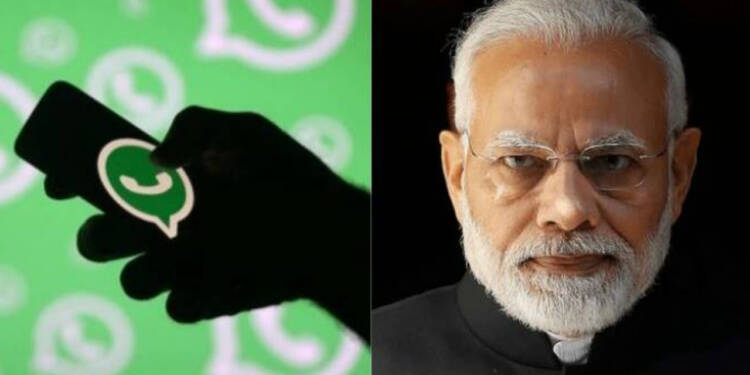 WhatsApp had taken the Indian community by surprise as the userbase was welcomed with a message to accept new privacy policies or they will be kicked out of the platform February 8th onwards. However, with the uproar that ensued and as the Indian Government flexed its muscles, the instant messaging platform which was bought by Mark Zuckerberg’s Facebook had to relent and it has said that no such action will be taken and the company will move their “business plans” until mid- May so that they can clarify the “confusion”.

Facebook had bought WhatsApp on the promise that data of the messaging platform will not be shared with parent company Facebook, but Mark Zuckerberg could not resist the idea of gaining the data of a country nearing the population of 1.4 billion people which has been suddenly connected to the internet at to a large extent. As data becomes the new oil, the company seems to have grown a tendency to snoop around the data of millions of worldwide users.

The updated privacy policy of WhatsApp was arm-twisting its non-suspecting users into accepting the modified terms from February 8, failing which they would not have been able to use the app. The Indian government led by Prime Minister Narendra Modi did not like this unapologetic bullying tactic and the act of taking Indian citizens for granted by these American big tech giants. And it was after the government had started carrying out high-level discussions to deliberate upon its next course of action regarding WhatsApp and its parent company; it understood the severity of the situation and delayed implementation of its privacy policies by three months.

In the tweet, WhatsApp mentioned, “Thank you to everyone who’s reached out. We’re still working to counter any confusion by communicating directly with @WhatsApp users. No one will have their account suspended or deleted on Feb 8 and we’ll be moving back our business plans until after May” adding, “We will make sure users have plenty of time to review and understand the terms. Rest assured we never planned to delete any accounts based on this and will not do so in the future.” And, it further linked a blog which basically just elaborated its excuses.

As per a Times of India report, the Indian government has started examining the controversy surrounding the WhatsApp’s new update. “We are collecting details,” said an official source. The issue is reportedly being discussed at the highest levels of the IT ministry.

The Indian government has had enough of WhatsApp trying to force its policies on Indian users, while it follows a policy of leniency in the European Union, where strict data protection laws are already in place and do not provide the company with the space to implement its data colonisation. “Also, the privacy update sought by WhatsApp in user agreement in European Union is seen as lenient while in India it is wide-ranging and may have terms that may potentially harm user privacy,” the official source added.

WhatsApp cannot share its European users’ data with Facebook due to strict data privacy laws on the continent. However, India has no such laws yet, which is why the big tech giant thought that it could dictate terms to its Indian users, while not fearing the government retaliatory actions. However, as soon as WhatsApp understood that it has set foot on a landmine and it is going to be grilled by the Indian government, it reversed its actions instantaneously.

Meanwhile, amid the major uproar, the Confederation of All India Traders (CAIT) also wrote to the Union IT Ministry seeking either a ban on Facebook as well as WhatsApp or a restriction on WhatsApp from implementing its updated policy.

Read more: WhatsApp’s honeymoon period in India is officially over.

Rival messaging app Signal beat not only WhatsApp but also Facebook and Instagram in weekly India downloads in the week gone by, indicative of increasing concern over the data sharing policies of Mark Zuckerberg’s social media giant. While Signal was downloaded 3.3 million times in the January 5-11 period, WhatsApp saw 1.7 million downloads, Facebook 2.1 million downloads, and Instagram 2.3 million during the same period, according to app analytics firm Sensor Tower’s data.

Signal downloads rose 23471% and Telegram downloads rose 18%, in comparison to downfalls witnessed by Facebook, WhatsApp and Instagram. WhatsApp has close to 40 crore active users in India, making it a major market for the American digital conglomerate.

Read more: He was forced to sell WhatsApp to Facebook. Now, he has come back with Signal to dethrone WhatsApp.

With the Modi government initiating internal discussions to probe WhatsApp’s new data policy and most likely calling the massaging app’s executives in for questioning, Mark Zuckerberg-owned Facebook and its affiliates had to learn the hard way that it is not the India of past, where the western businesses can run monopolies and practice data colonisation. They had to retreat on their policies and stop the implementation of the privacy policy for good.