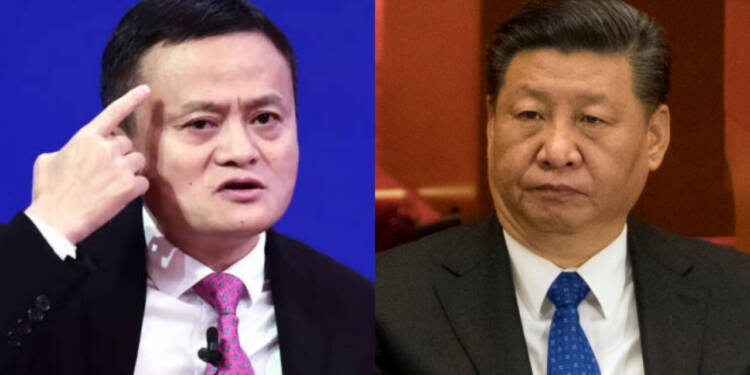 When analysts say that Xi Jinping is destroying what his predecessors so meticulously built, they mean the destruction of brand China as a concept of a country, which is supportive of the market economy both domestically and internationally. And the current action of the Chinese regime under the direction of Xi Jinping is the most obvious example of the same. The Chinese President, by threatening to nationalise Jack Ma’s Ant Group Co’s Fintech operations, is turning any future possibility of global investors investing in China to an absolute zero.

Xi Jinping is destroying its own money-making companies into non-profitable enterprises and making the ambassadors of Brand China disappear, just for the sake of feeding his own monstrous ego. This will have an extremely adverse effect on Chinese capitalist enterprise and may very well bring back the ‘good old days’ of Mao Zedong, filled with revolutions, unemployment and deadly famines.

The fall of China’s biggest Capitalist Jack Ma was very sudden, from launching the world’s largest initial public offering to the IPO getting forcefully delisted by the CCP and it being followed by the government launching an investigation on the company and Jack Ma being MIA (Missing in Action). Now, returns on the hundreds of millions of dollars invested with Ant Group Co. are in jeopardy and those investors who were too bullish to an extent of romanticising the China story, like Elon Musk will feel its heat the most. And it is sure to turn the global investment climate around China and Chinese companies more hawkish than it has ever been.

CCP has also taken action to contain Tencent. And now its focus seems to shift to Tencent. Huawei is allegedly one of Jinping’s most favoured companies and its decision to delete Tencent gaming apps is a signifier of CCP’s actions. The decision will cost Tencent a boatload of money as Huawei is China’s biggest mobile manufacturer and holds almost 42% of all Chinese mobile manufacturing.

China ordered Ant Group to reexamine its fintech businesses — spanning from wealth management to consumer credit lending and insurance and return to its roots as a payments service. While the central bank’s statement on Sunday was short on specifics, it presents a serious threat to the growth and most lucrative operations of billionaire Jack Ma’s online finance empire. Regulators stopped short of asking directly for a breakup of the company, yet stressed it was important that Ant Group “understands the necessity of overhauling its business” and told it to come up with a plan and a timetable as soon as possible.

The Jinping government in near future may very well ask the Ant Group to forgo its money management, credit and insurance businesses. It might halt its operations in the units that service half a billion people and this will mess up the whole calculation of the investments in the company as a whole.

These arbitrary actions by CCP and Jinping have a serious impact as investors prefer stable markets with predictable government actions, which are in line with international norms. While China had made a name for itself in the past, these actions which are similar to what one would expect from a North Korean dictator, will turn Chinese companies into ‘untouchables’ in the eyes of global investors and from the looks of it, Xi Jinping has simply lost the plot.