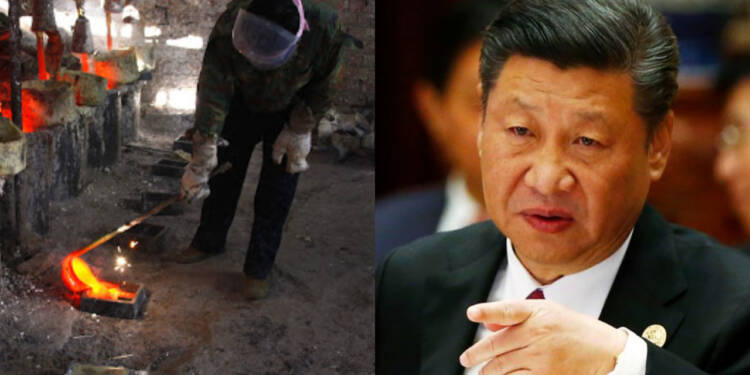 China has for a really long time enjoyed its monopoly of Rare Earth Minerals, and it was possible because the country was aware of the consequence of weaponising this advantage. This was one of the many reasons why it stuck to the norms and standard practices of the International Trade in regards to such minerals. However, under the failed leadership of Xi Jinping, China tried to utilise its rare earth minerals monopoly to make geopolitical gains. And, it was after this, that the Quad countries came together to dismantle the Chinese monopoly of rare earth mineral exports and related supply chains.

However, China seems to have gotten the wind of it and has started to gain absolute control of the entire rare earth metal industry. Whereas, the current regulations focus on the production stage — such as mine development, smelting or separation — the draft law of the new regulations seeks to manage the “entire industry chain” of the precious ore, including refining, product transport and exports.

The Quad countries in their personal capacity, as well as, in tandem have been working inch-by-inch towards making the Chinese monopoly redundant. The US imported about 80 per cent of its rare earth minerals directly from China and a part of the remainder indirectly from China through third party countries.

But only a few months ago, US President Donald Trump signed an order declaring a national emergency in the American mining industry. The executive order aimed at boosting the domestic production of rare earth metals critical for military technologies while cutting dependence on the paper dragon. Rare earth metals, a suit of 17 elements, is crucial in the manufacturing of defence equipment including fighter jets, hypersonic missiles, and radiation-hardened electronics.

The Communist hardliners in China have been instigating Beijing to weaponise its monopoly by cutting the US off the rare earth minerals supply. CCP mouthpiece Global Times even called Chinese monopoly in rare earth minerals “an ace in Beijing’s hand” and the current action seems to be in line with this long-held arrogant belief.

While in the case of Japan, China temporarily cut off rare-earth exports to it in 2010, when the Senkaku Islands tensions were on the peak. The islands were claimed by Beijing as the Diaoyu and administered by Japan. Tokyo moved ahead with diplomatic efforts in countries like India, Kazakhstan, Mongolia, and Vietnam that had rare earth minerals potential but lacked the investments and capacity to extract them. Japan registered a huge success, as, by 2017, it was importing around 30% of its rare earth metals from countries in Asia other than China. And now, it has planned to lower its reliance on Chinese imports from 58% to 50% by 2025.

And these are not isolated instances. Australia, too, is about to challenge China’s near-monopoly in graphite production. Syrah Resources, an Australian listed minerals company, has unveiled a graphite processing facility in the South-eastern US state of Louisiana. This facility will help the Australia-based company to turn the graphite extracted from Mozambique to be processed for LiB anodes.

Read more: Australia is planning a major blow to China’s dominance in the electrical vehicle market.

All these actions are making China un-easy. What Beijing and its intelligentsia considered to be the near-absolute monopoly, is going to go away within a few years. This fear has made the country desperate and which is why Xi Jinping is taking drastic steps to gain absolute control over Rare Earth metal industry.

As China stands at the brink of an economic collapse, it inflates its GDP numbers to somehow attract investment