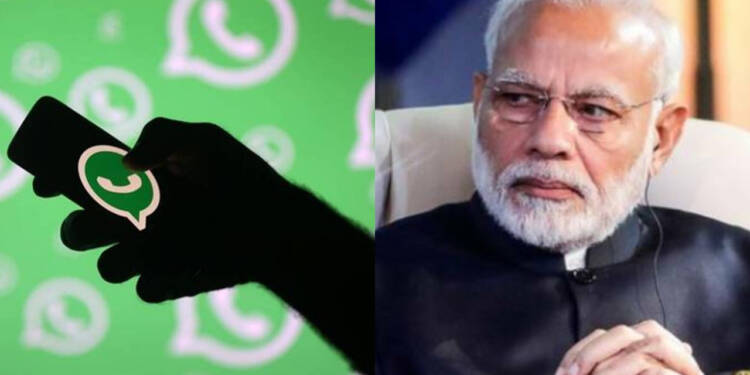 The Indian government has become highly alert regarding the powers of the social media giants and how it should go about monitoring the activities of these companies, which have all the wherewithal to compromise the sovereignty of nations. In the light of the recent efforts by WhatsApp to gain access to the data of 1.3 billion Indian population, the Indian government has asked it to withdraw any change in its privacy policy for users in India, according to the people with direct knowledge of the matter. The Modi government has written to the Facebook-owned app’s global CEO Will Cathcart, detailing concerns over information security of users, mentioned news reports.

India is WhatsApp’s biggest market. But this recent update saw a public backlash which was not expected, given the previous examples. The company too must have been taken by surprise as people were suddenly concerned about their privacy and related issues. The government action has been coupled with an interesting development, which is a sudden surge in the popularity of the Signal App. This may be the beginning of the end of WhatsApp’s monopoly and would give a good case study for businesses to not become too cocky.

The Indian government has been angered by the absolutism in WhatsApp’s policy shift, evident from its tone bordering diktat. It objects to the all-or-nothing approach of WhatsApp that forces users to accept the new service terms and privacy policies, without giving an option to the users to opt-out of this proposed change of integrating user data with other Facebook companies.

Read more: India’s Parliamentary panel to summon Twitter and Facebook to question their banning policies after what they did to Donald Trump.

While all this is going on between the government and the social media giants, companies which are championing free speech and privacy have seen unprecedented traction. Privacy-focused messaging app Signal recorded a whopping 26.4 million downloads from India between 4 January and 17 January, according to data from app analytics firm Sensor Tower. And on top of this, Signal seems to have got its Twitter game pretty strong too.

Privacy doesn't need to be delayed, and it shouldn't be this confusing. You can just download Signal now. https://t.co/nOibQ8Yra4

Facebook and Twitter are facing the ire of the Indian Government, WhatsApp has also been caught red-handed and is being dealt with accordingly. While this is happening, the apps like Signal and Telegram have been gaining the migrants from WhatsApp and making full use of the same by providing good services. If the same trend continues, this can lead to WhatsApp losing its largest market.