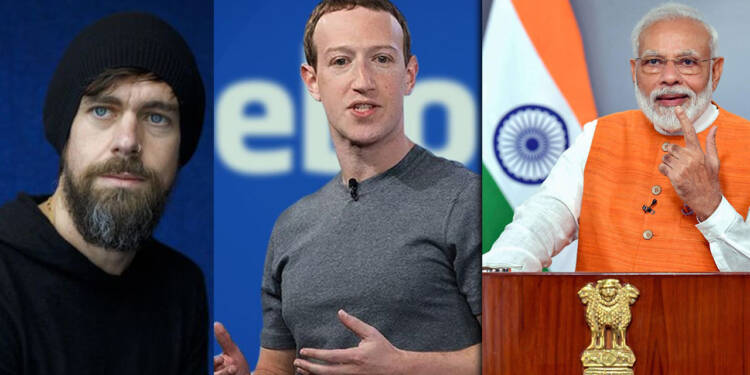 Read More: Uganda teaches a lesson to Big Tech after what they did to Donald Trump

The Parliamentary Standing Committee is reportedly going to pose questions to Facebook (and WhatsApp), over the controversial changes in its privacy policy. The summons has not yet been sent to these social media giants, but as per TOI, they will be summoned soon and accordingly a date for appearance will be fixed.

Within India, there are growing concerns about how social media giants are no longer just a matter of values like free speech and expression. What happened in the United States of America has come as a wake-up call for India. Indian lawmakers might understand that what the big tech can do closely concerns issues like national sovereignty and integrity of the electoral process.

Within the US, the mainstream media remains pro-Democratic and Trump’s only medium of communication was social media. After Trump was banned/ restricted on social media platforms like Twitter and Facebook, he got virtually silenced. How profoundly this can affect long-term US politics and subsequent Presidential polls remains to be seen.

The most troublesome part is that the social media giants didn’t even have to explain why Trump faced bans and restrictions. They didn’t even have to take his representation or give him a fair hearing before taking an action that can affect his political career in a very big way. There is no sense of natural justice involved here.

However, what happened with Trump is not entirely US-specific. What if similar bans are imposed in India ahead of the next Parliamentary polls in 2024? We are not concerned with the big tech’s intentions here. Even if in the wildest of dreams, we believe that the big tech is unbiased, bipartisan and neutral; a few American corporations can simply not be given wide powers to unilaterally kick people out of their platforms.

Some social media outlets may refer to themselves as data intermediaries, but in Trump’s case, they acted as the publisher as well as the censor board. Now, left-liberals despite their entire socialistic streak argue that social media giants are private companies, so they should have complete freedom of action. But here is the real deal- Facebook, Twitter or any other social media platform is actually a private company performing public functions.